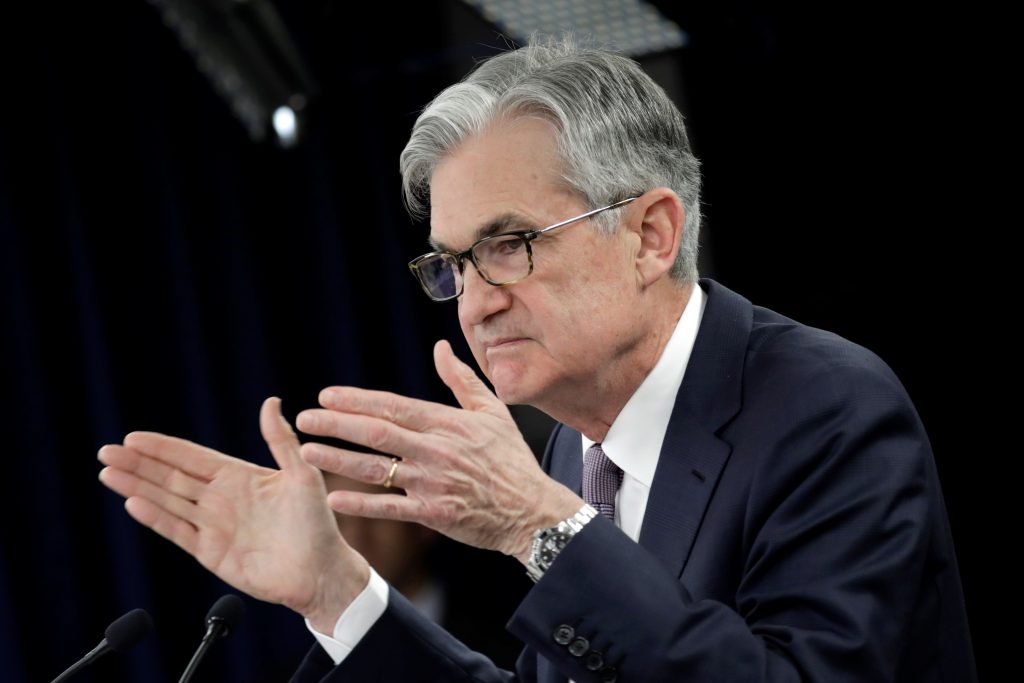 The Federal Reserve held interest rates steady on Wednesday at its first policy meeting of the year, with officials pointing to continued moderate U.S. economic growth and a “strong” job market.

“Job gains have been solid … and the unemployment rate has remained low,” the Fed’s policy-setting committee said in a statement announcing its unanimous decision to maintain the key overnight lending rate in a range of between 1.50% and 1.75%.

The Fed’s statement was little changed from the one issued after its December meeting, saying that the current federal funds rate was “appropriate to support sustained expansion of economic activity,” including ongoing job growth and a rise in inflation to the central bank’s 2% target.

It did not specifically mention economic risks arising from the recent coronavirus outbreak in China, which has led to fears of a further slowdown in the world’s second-largest economy. The absence was notable to some economists.

“The one thing I was surprised by was that there was no specific mention of the coronavirus, which could be a problem for the global economy,” said Peter Cardillo, chief market economist at Spartan Capital Securities in New York.

The Fed did not give new guidance about its current practice of buying $60 billion monthly of U.S. Treasury bills to ensure adequate short-term liquidity in bank funding markets. That program will remain in place at least into April, while a related offering of repurchase agreements will continue at least through April.

Fed policymakers have been discussing how and when to end the temporary Treasury bill purchases, which have been underway since October, and what sort of permanent replacement it could use to ensure the central bank keeps control of the federal funds rate.

Yields on U.S. Treasury securities were little changed after the Fed’s statement, while benchmark U.S. stock market indexes ticked up to the day’s highs. The dollar held on to its gains against the euro and yen.

In a related decision the Fed raised the interest it pays banks for excess reserves by five basis points to 1.60%, a technical adjustment, officials say was needed to keep the federal funds rate around the middle of the target range.

The interest rate decision was widely expected, with recent economic data showing the economy on track for continued growth, and no sign inflation is rising so fast that it poses a risk the Fed might need to counter with higher borrowing costs to slow the economy.

“The vote was unanimous. That implies that the Fed is going to stay on hold here,” Cardillo said. “Of course, they always leave the door open.”

The Fed cut rates three times last year to bolster an economy buffeted by trade wars, and has set a high bar for any further rate changes. Fed Chair Jerome Powell has said a “material reassessment” of the economic outlook would be required for any shift.

The Fed’s assessment of household spending was marked down slightly from a “strong pace” in its December statement to a “moderate” pace. The Fed also noted that business fixed investment and exports “remain weak.”