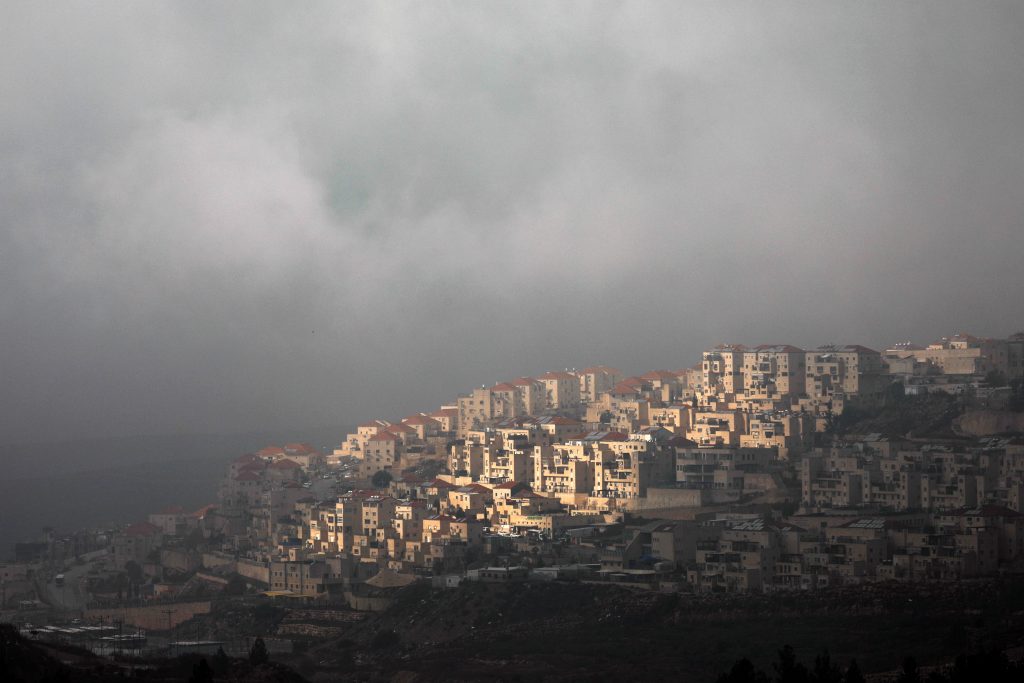 With Avigdor Liberman declaring that his Yisrael Beytenu party would vote in favor of imposing Israeli sovereignty on communities in Yehudah and Shomron, analysts said Wednesday that the ball was now in the court of Blue and White – and if sovereignty does come up for a vote in the Knesset, it could break up the party and send any campaign Blue and White tries to run over the next month into a tailspin.

Speaking to Channel 12, Liberman said that Yisrael Beytenu “will vote for any measure that includes imposition of sovereignty. But we will not vote to approve a peace plan before the elections.” Liberman called on Prime Minister Binyamin Netanyahu to “unbundle” the proposals, bringing the sovereignty issue up for a vote separately from approval of the peace plan. That, said Liberman, would give Netanyahu the best of both worlds – a majority of MKs voting for sovereignty, and a majority for the plan as well, which is likely to be supported by Blue and White.

But that party is not likely to vote in a bloc for either measure, analysts told Channel 20. “Gantz just on Monday declared that he is in favor of imposing sovereignty on the Jordan Valley, but we know that not all members of Blue and White feel the same way – for example, Yael German, who said that Blue and White is in favor of disengagement, not sovereignty. In addition, he endorsed the Trump peace plan at his meeting with the president Monday.

“With this plan, Netanyahu has basically put Blue and White head Benny Gantz into a corner – if he has Blue and White vote against sovereignty if it comes up for a Knesset vote, he looks like a fool, if not a traitor, and excuses about ‘waiting until after the elections’ are not going to carry weight with voters,” the analysts said. “And if he gives his MKs freedom to vote their conscience, it’s likely that the majority will vote against sovereignty, ruining Blue and White’s efforts to brand itself as ‘centrist’ and even somewhat rightwing. Netanyahu is truly a formidable politician. I don’t envy Gantz over the next four weeks” until the elections.