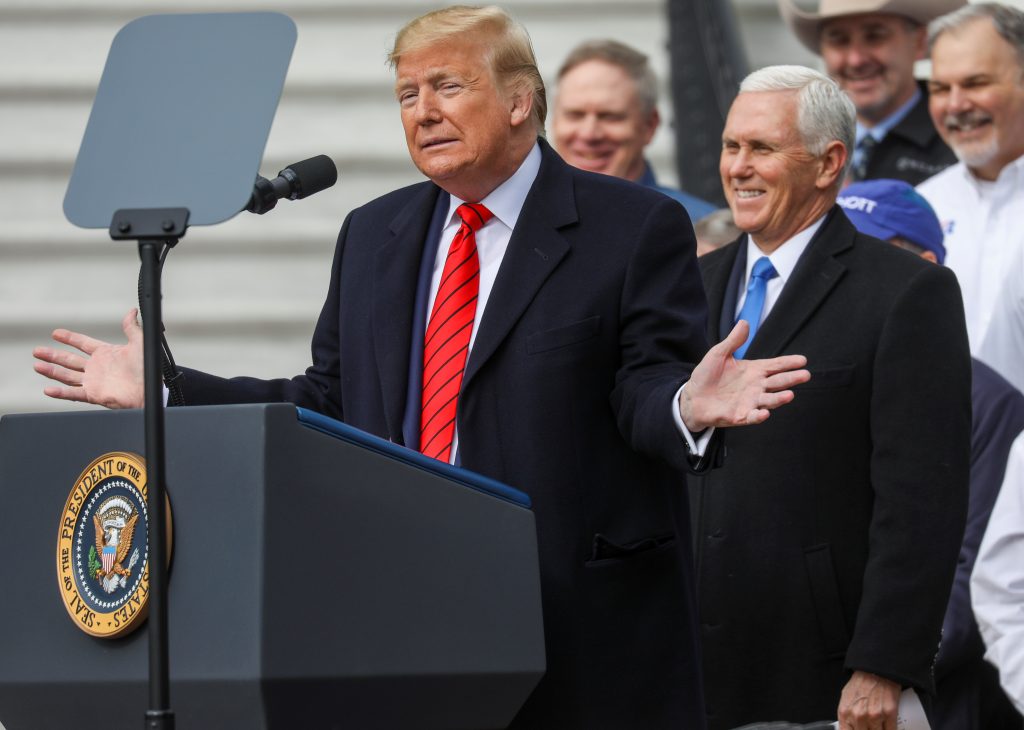 When President Donald Trump signed a revamped trade agreement with Mexico and Canada into law Wednesday, he kept a campaign pledge to improve upon a deal that he had long condemned.

His U.S.-Mexico-Canada Agreement replaces a 26-year-old version that he and other critics said was a job-killing disaster for the United States. The president’s overhaul is designed to update the pact to reflect the rise of e-commerce and other technological changes and to do more to encourage factories to move production to the United States or keep it there.

But the USMCA doesn’t represent a revolutionary change in regional trade or assure that many Americans stand to receive financial gains. What it does, more than anything, is restore certainty to $1.4 trillion-a-year in North American commerce. And in that way, it could provide some economic benefit.

Here are some questions and answers about the new deal:

The pact is Trump’s replacement for the North American Free Trade Agreement, which took effect in 1994. NAFTA slashed tariffs and erased most trade barriers within the continent. In doing so, NAFTA unleashed a burst of trade among the United States, Canada and Mexico.

In the wake of NAFTA, American farmers, in particular, enjoyed increased access to their neighbors’ large markets. But NAFTA also encouraged U.S. manufacturers to move factories south of the border to capitalize on cheaper Mexican labor.

Supporters of the deal said it created a powerful regional bloc — a competitive counter to Europe and East Asia — with each NAFTA country able to take advantage of its strengths: In Mexico, low-cost manufacturing in Mexico. In the United States and Canada, high-skilled labor and proximity to cutting-edge research.

Trump demanded a revamped deal that reduced incentives for companies to move to Mexico. And he threatened to abandon NAFTA entirely if he couldn’t get what he wanted. Negotiations on a replacement began in August 2017. The three countries signed USMCA in late 2018. After delays and intense negotiations between the administration and congressional Democrats, the House ratified the deal in December and the Senate this month, both with bipartisan support.

HOW DOES USMCA CHANGE TRADE AMONG THE THREE COUNTRIES?

Trump’s version mostly continues to allow the free flow of trade across North American borders of the three countries. But it updates the pact to reflect the rise of e-commerce and other aspects of the digital economy that didn’t exist when NAFTA was negotiated.

For instance, USMCA prohibits tariffs on digital products. It lets companies transfer data across borders without encountering discriminatory barriers. And it bars countries from requiring firms to store data within their borders, thereby allowing companies to do so wherever it makes the most business sense.

The deal also gives U.S. farmers more access to the Canadian dairy market. It forces the Canadian province of British Columbia to drop measures that prevented American wines from being sold on grocery shelves along with local vintages.

DOES USMCA DO ANYTHING TO PROTECT U.S. MANUFACTURING JOBS?

Yes. To qualify for USMCA’s duty-free benefits, automakers must derive 75% of their automotive content from within North America, up from 62.5% under NAFTA. That means more content would have to be homegrown in higher-wage North America, not imported more cheaply from China and elsewhere.

At least 40% of vehicles would also have to originate in places where workers earn at least $16 an hour. That would benefit the United States or Canada — not Mexico, where auto assembly workers are paid a fraction of that amount. For car buyers, that wage requirement is likely to increase the cost of vehicles built in North America.

Under USMCA, Mexico was required to formally authorize workers to form independent unions. Mexican unions had traditionally been co-opted by employers and the government and had done little for workers. Laborers have been fired, for example, for trying to bargain on their own for better pay and working conditions. That’s one reason why Mexican wages remained so low — and attractive to U.S. manufacturers that wanted to cut costs.

WHAT CHANGES DID DEMOCRATS GET?

Democrats complained that the deal that Trump’s team originally negotiated with Canada and Mexico shared a defect with the treaty it was supposed to improve upon: It would be hard to enforce. In talks with Trump’s top trade official, Robert Lighthizer, the Democrats managed to strike language that would have allowed countries or companies to avoid sanctions simply by refusing to take part in dispute-settlement panels.

They also insisted on closing loopholes that would have made it hard to enforce provisions that protect workers from intimidation and violence. They also managed to establish a committee that will monitor Mexico’s labor reforms.

The Democrats also won a significant concession from the administration on drug prices. Gone is what Democrats considered a giveaway to the pharmaceutical industry: a provision that offered expensive biologic drugs — which are made from living cells — 10 years of protection from cheaper knockoff competition.

WHAT COULD USMCA MEAN FOR THE U.S. ECONOMY?

Probably not much. Trade is a relatively small part of the U.S. economy. And trade with Mexico and Canada is smaller still. In an analysis done last year, the independent International Trade Commission calculated that USMCA would add 0.35%, or $68 billion, to economic growth and generate 176,000 jobs over six years — mere blips in a $22 trillion economy with 152 million nonfarm jobs.