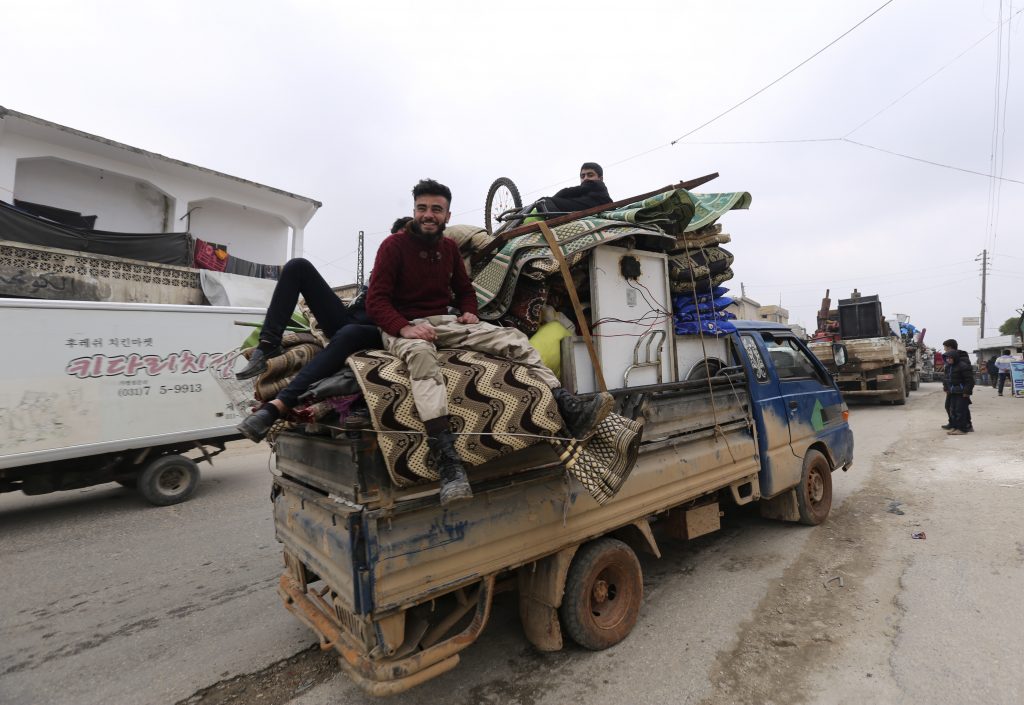 The push into the town of Maaret al-Numan in Idlib Province came as Syrian forces were also advancing against insurgent positions west of the city of Aleppo, according to state media and opposition activists.

The town of Maaret al-Numan, which has been in rebel hands since 2012, sits on the highway linking Damascus with Aleppo. Syrian troops were keeping a road leading west out of the town open, apparently to give insurgents a chance to withdraw.

Syrian government forces have been on the offensive for more than a month in the northwestern Idlib province, the last rebel stronghold in the country. But in recent days, the government captured more than a dozen villages in the area as the insurgents’ defenses began to crumble. Al-Qaida-linked terrorists control much of Idlib Province and small parts of the adjacent area in Aleppo.

The pro-government Sham FM reported that troops are in control of most of the town adding that Syrian soldiers are now conducting search operations as experts began to dismantle explosives and booby-traps left behind by terrorists.

Earlier in the day, Syrian troops captured nearby Kfar Roummah, a village that lies southwest of Maaret al-Numan, according to the Observatory. Syrian state media confirmed that government forces are now inside.

Farther north, government forces began an offensive on the western suburbs of Aleppo in an attempt to push insurgents away from Syria’s largest city. Rebels have rained artillery and mortar shells down on Aleppo in recent days.

On Monday, U.S. Secretary of State Mike Pompeo said in a statement that Washington “condemns these unjustifiable attacks against the people of northwest Syria.” He added that the U.S. calls for an immediate cease-fire and “full access to the affected areas by humanitarian organizations to alleviate the suffering of the hundreds of thousands that have fled the incessant bombing.”

The government offensive in Idlib Province has led to the displacement of hundreds of thousands of people, many of them to areas close to the border with Turkey. The province is home to 3 million civilians, and the U.N. has warned of the growing risk of a humanitarian catastrophe along the Turkish border.

The push in Maaret al-Numan and west of Aleppo brought government forces closer to retaking a critical north-south highway that passes through the town.

The violence came as the U.N. special envoy for Syria, Geir Pedersen, arrived in the capital Damascus to meet with officials. Pedersen is expected to talk during his visit about activating the constitutional committee whose job is to draft a new constitution for the country. The 150-member committee met in Geneva in October but has failed to make progress.