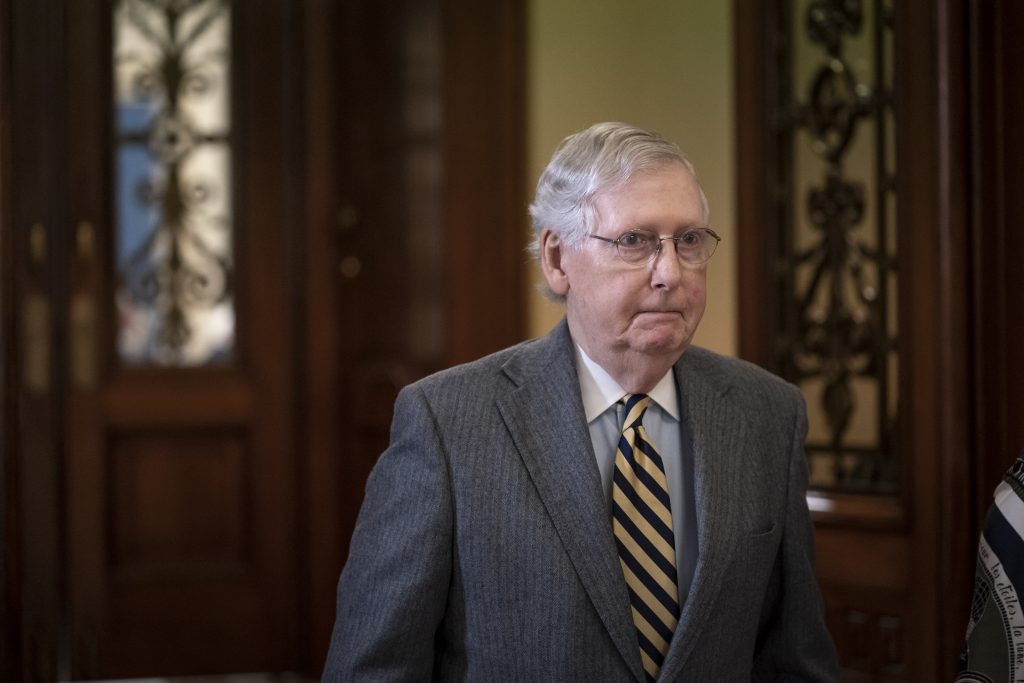 Senate Majority Leader Mitch McConnell told senators privately Tuesday he does not yet have the votes to block new witnesses in President Donald Trump’s impeachment trial.

That’s according to a Republican familiar with a closed-door meeting of GOP senators and granted anonymity to discuss it.

McConnell convened the meeting shortly after Trump’s legal team made its closing arguments in the trial.

At this point, the GOP leader faces a handful of potential defections. But there are still several days before any potential witness vote would be taken.

A decision to call more witnesses would need 51 votes to pass. With a 53-seat majority, Republicans can only afford to lose three Republicans to prevent more debate over witnesses.