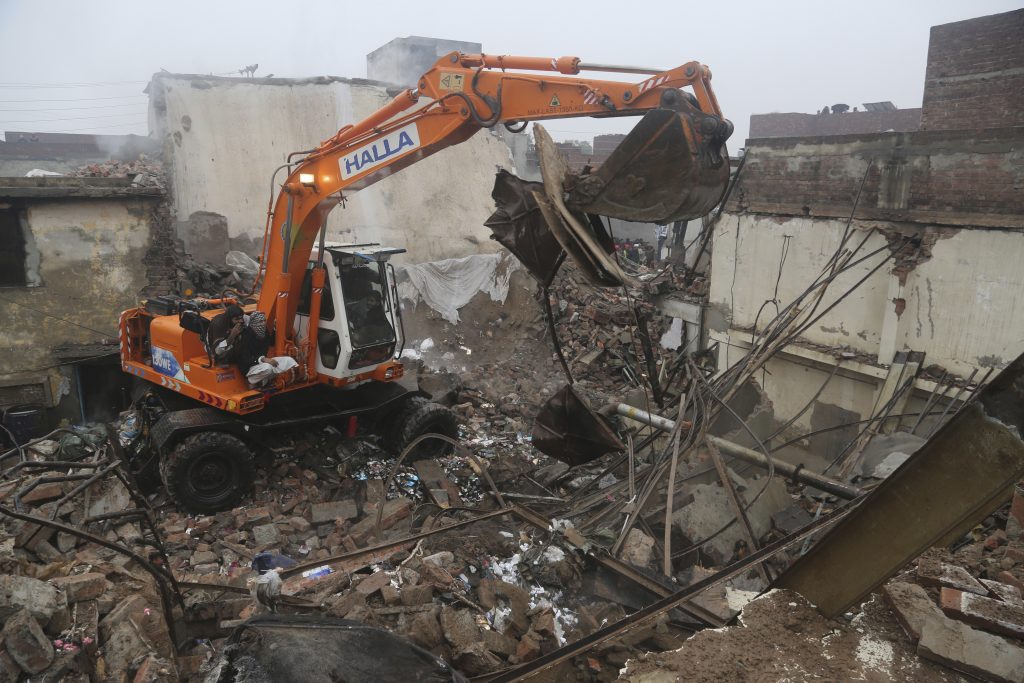 A massive explosion and fire triggered by a gas cylinder explosion engulfed a small perfume factory in eastern Pakistan on Tuesday, killing at least 11 people, rescuer workers and police said.

Two people were also injured in the blast, which caused the roof of the factory to collapse in flames, said Rana Izhar, an official with the state-run emergency service in the city of Lahore. He said the explosion was so powerful it damaged nearby homes as well. Hospital officials said one of the injured was in critical condition.

Gas cylinder explosions and other similar accidents are common in Pakistan, mainly due to insufficient enforcement of safety standards and poor infrastructure. Police and emergency workers said it was not immediately clear what caused the gas cylinder to explode.

Witnesses said that they heard a huge blast and the factory went up in flames within minutes. Footage showed firefighters dousing the blaze as relatives of the laborers trapped inside wailed and cried for help. Later, authorities said the rescue operation was complete and there was no one left alive in the building.

Last November, a fire caused by a cooking-gas stove swept through a train in Pakistan’s eastern Punjab Province, killing 74 people. Survivors said afterward,  amid contradictory reports about the condition of the train’s brakes, that it took nearly 20 minutes for the train to stop

A gas cylinder explosion at a restaurant in the central city of Multan killed at least three people in July 2018.