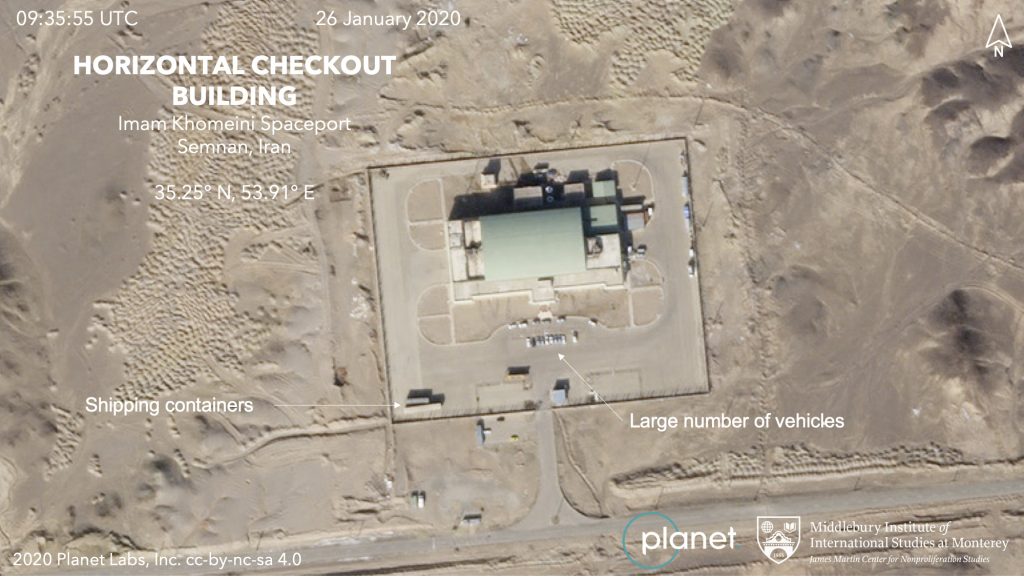 Iran is preparing a site for launching a satellite, a government minister said on Monday, highlighting a program the United States says is a cover for ballistic missile development.

“Yes, a site is being prepared for placing the Zafar satellite into orbit,” Iranian Minister of Information and Communications Technology Mohammad Javad Azari-Jahromi tweeted.

The post included a link to a story by U.S. broadcaster National Public Radio, which noted that satellite imagery suggested the Islamic Republic was preparing for a space launch. Iran had at least two failed satellite launches last year.

After the Zafar satellite is placed in orbit, a timeline has been finalized to launch five more, the minister said.

Tehran denies the U.S. accusation that such activity is a cover for ballistic missile development and says it has never pursued the development of nuclear weapons.

The administration of U.S. President Donald Trump reimposed sanctions on Iran following Washington’s 2018 withdrawal from an international accord designed to put curbs on Iran‘s nuclear program.

Trump said the nuclear deal did not go far enough and also did not include restrictions on Iran‘s missile program and support for its proxies in the Middle East region.

Tensions have reached the highest level in decades between Iran and the United States after top Iranian military commander Qassem Soleimani was killed in a U.S. drone strike in Baghdad on Jan. 3, prompting Iran to retaliate with a missile attack against a U.S. base in Iraq days later.

Iran launched its first satellite Omid (Hope) in 2009 and the Rasad (Observation) satellite was sent into orbit in June 2011. Tehran said in 2012 that it had successfully put its third domestically-made satellite Navid (Promise) into orbit.