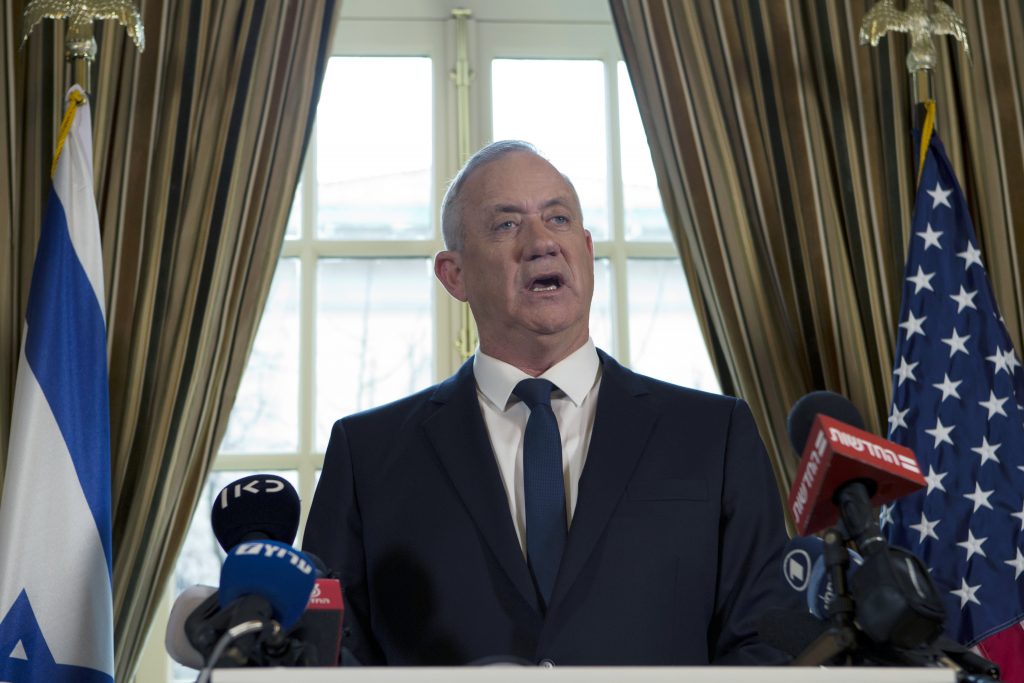 Translating the publication of the Trump administration peace plan into Israeli political terms, the Blue and White party issued a statement on Tuesday clarifying who will implement it.

Blue and White says that should be Benny Gantz.

Party leader Benny Gantz has endorsed the plan and said he’d be ready to implement it after the March 2 elections, in coordination with the international community.

On Tuesday, they said the plan is “entirely consistent with the principles of state and security espoused by Blue and White.”

It said the proposal “provides a strong, viable basis for advancing a peace accord with the Palestinians, while preserving the existing arrangements between Israel and Jordan and Egypt, and enabling their expansion to additional countries in the region.”

Blue and White had the following proviso, however: “Israel needs “a strong and stable government, led by an individual who can direct the fullness of his time and energy toward ensuring the country’s security and its future” and not by “a defendant facing serious charges of bribery, who would be entirely steeped in his personal and legal interests.”