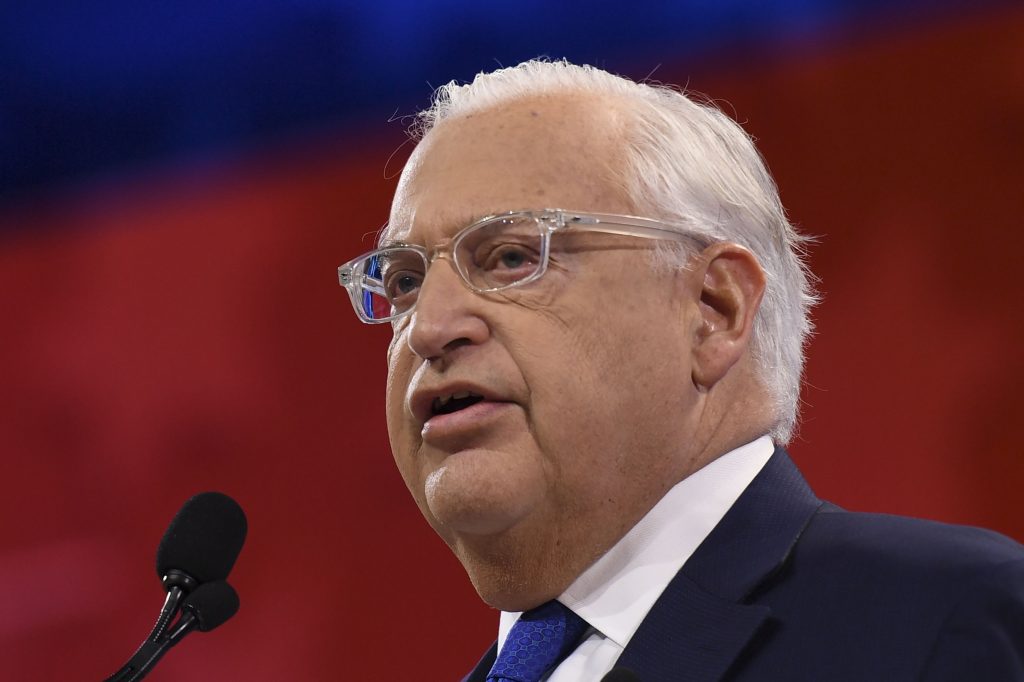 For the Trump peace plan to succeed, it must overcome a barrier of Palestinian rejectionism that has culminated in recent days in angry street protests, a call for a boycott of U.S. goods and the refusal of Palestinian Authority President Mahmoud Abbas to accept phone calls from U.S. President Donald Trump.

In a press briefing after the White House press conference on Tuesday, U.S. Ambassador to Israel David Friedman addressed the issue, saying that “it doesn’t matter what the Palestinians say in the short run. We’re keeping this open for four years, which gives them time to figure out what they want to do.”

In the meantime, he said, Israel “doesn’t have to wait,” it can move forward with annexations of territory, such as the Jordan Valley, and other areas in Yehuda and Shomron, as outlined on the map to be published “in the next few hours.” Israel will keep all the Jewish communities, the Palestinians will have the rest of the territory, double what they control now, as the White House also said in a statement.

Regarding the land designated for the Palestinians in the map, Friedman said there would be no building permitted by either side during the four-year moratorium.

He stressed that while obviously it would have been preferable for the Palestinians to have participated in the rollout of the plan, the intent is “not to pressure them” and to give them time to consider their options.

“Our goal to demonstrate to the Palestinians that they can aspire to and attain a better life, we recognize they’re not at the table right now, this gives them time” to “figure this out. “It’s theirs for the taking,” he said.

Friedman also said that he spent some 20 hours in discussions with Benny Gantz and his associates, and was “delighted” with the results. They gave their support to the plan. He pointed out that with both Netanyahu and Gantz behind it, it “depoliticizes” the plan and will give it a much better chance for acceptance in Israel.