Israel Abbas: ‘Trump Is a Dog, Son of a Dog’
Israel 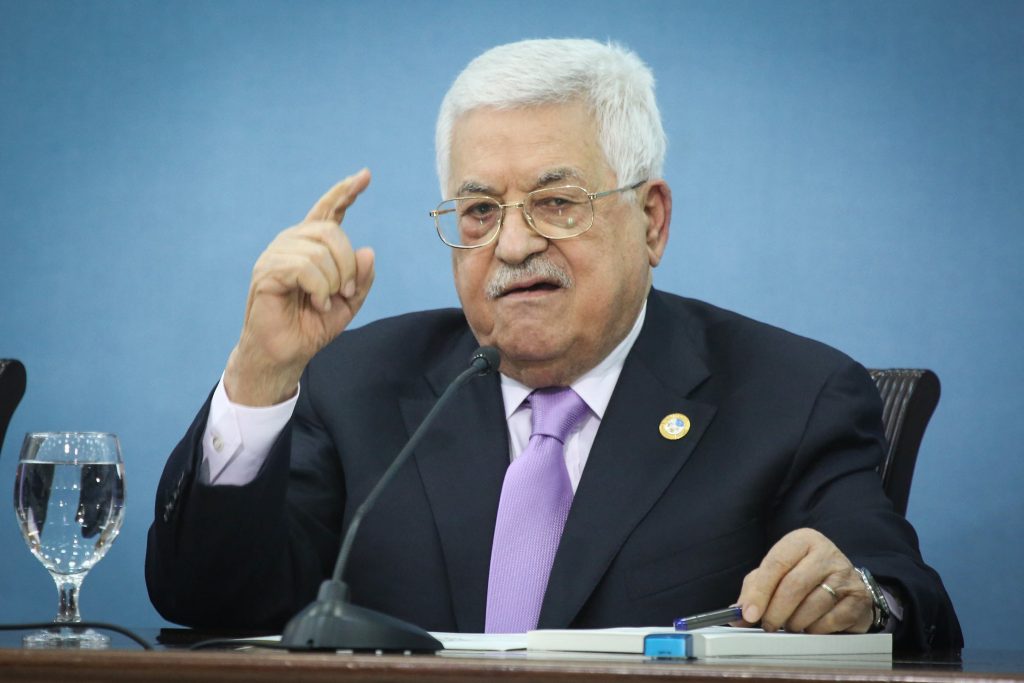 Details of President Donald Trump’s “deal of the century” peace plan are set to be released at noon Tuesday (Washington time), but speculation has been rife on what those details are, with Israeli media outlets reporting that Israel will have the opportunity to annex areas of Yehudah and Shomron.

On Tuesday, the Al-Arabiya channel reported that the plan also calls for the establishment of a Palestinian state – a detail that had been missing in many of the Israeli reports.

In addition to the establishment of a Palestinian state, the report said that the plan provides a role for Jordan as the “keeper” of Muslim and Christian sites in the Old City of Yerushalayim, as is the current situation. With that, Trump will agree to Israeli annexation of Jewish-settled areas of Yehudah and Shomron, as removing residents from those areas would be impractical.

Despite the promise of a Palestinian state, Palestinian Authority chief Mahmoud Abbas again reiterated Monday that the PA completely rejects the plan – and he advocated violence to stop it if needed. At a closed meeting of the Fatah terror group, Abbas said that the PA would not prevent the organization of spontaneous riots against the plan, and would not prevent rioters from massing at “trouble spots,” such as near Israeli security checkpoints and the security fence.

Channel 12 quoted Abbas as calling Trump “a dog, son of a dog,” and vowing that the PA would not allow the peace plan to take hold. Essentially calling for a third intifada, Abbas said “we will not prevent the demonstrators from engaging with IDF soldiers on the West Bank. I will not allow that dog, son of a dog to control the situation. I will not go down in history as the one who sold out his homeland,” Abbas said.