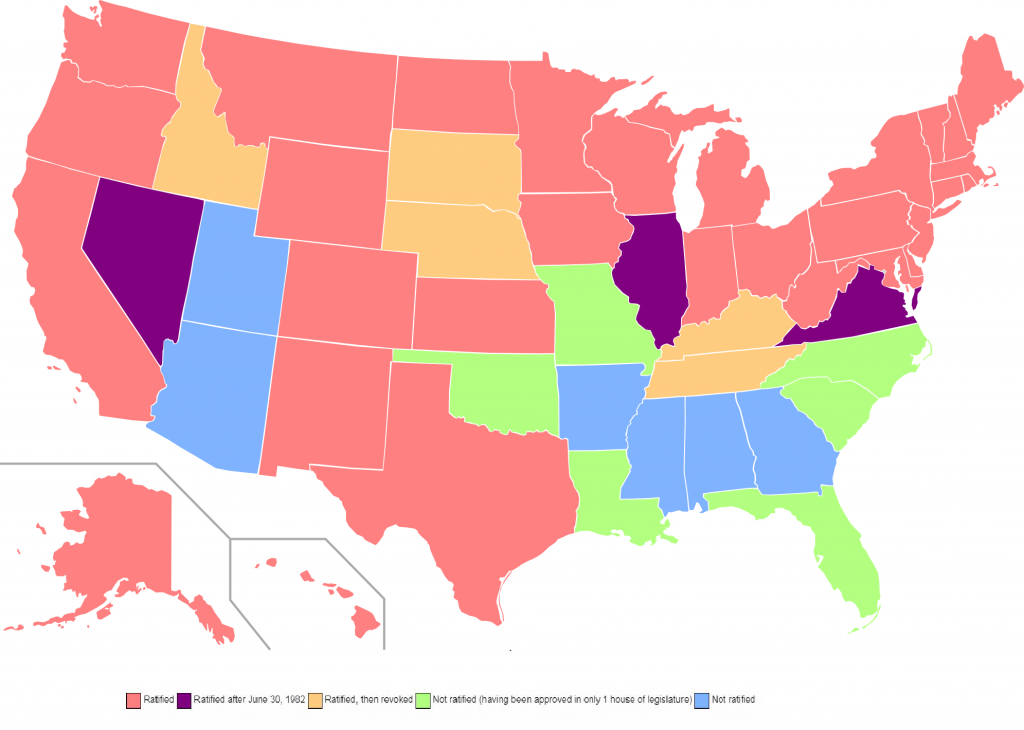 Virginia officially became the critical 38th state to ratify the Equal Rights Amendment on Monday, clearing the way for likely court fights over whether the measure can be added to the U.S. Constitution.

State lawmakers made history earlier this month when each chamber of the General Assembly separately approved ratification resolutions. On Monday, the House and Senate took the final procedural step of signing off on each other’s measures.

“We must begin to see a world without discrimination of any kind,” Democratic Sen. Mamie Locke said, speaking in support of the bill. “Equality based on gender is not just good for women, it is good for society.”

Virginia’s ratification opens a new chapter in the nearly century-long push to get the amendment added to the Constitution. Constitutional amendments must be ratified by three-quarters of the states, or 38. But the ERA’s future is uncertain, in part because of a 1982 deadline for ratification that Congress passed decades ago.

Earlier this month, the U.S. Justice Department issued a legal memo concluding that because the deadline has expired, it is too late for states to ratify the ERA. The only option for supporters now is to begin the ratification process all over again in Congress, the department said.

The National Archives, which certifies the ratification of constitutional amendments, said it would abide by that opinion “unless otherwise directed by a final court order.”

ERA supporters argue that because the deadline was included in a preamble of the amendment, it is not legally binding. There’s also a push in Congress to remove the deadline. Legal scholars expect the issue will likely be resolved in the courts. Another issue that may only be settled through lawsuits is a move by five states to rescind their previous ratification of the amendment.

The ERA has been a top priority of Democrats who retook control of the Virginia General Assembly in November’s elections. The state is now expected to submit copies of the resolution to the U.S. archivist and others. Senate Clerk Susan Clarke Schaar said Monday that she could not provide an exact timeline.

Virginia Attorney General Mark Herring has said his office has been preparing for potential challenges to Virginia’s ratification and is ready to go to court if necessary.

The ERA was initially proposed in Congress in 1923 and passed in 1972.

Advocates say the measure would enshrine equality for women in the Constitution, offering stronger protections in discrimination cases. They also argue the ERA would give Congress firmer ground to pass anti-discrimination laws.

Opponents warn it would erode commonsense protections for women, such as workplace accommodations while expecting.

“The vague, poorly written language of the ERA does not allow any distinction to be made between men and women, even when it makes sense to do so based on their biological differences,” said Republican Sen. Amanda Chase.

ERA advocates said Monday that the ERA was closer to ratification than ever and pledged to continue the fight, whether that was in court or in Congress.

“After nearly 100 years of persistent, determined work, the ERA is on fire,” said Carol Jenkins, co-president and CEO of the nationwide ERA Coalition.