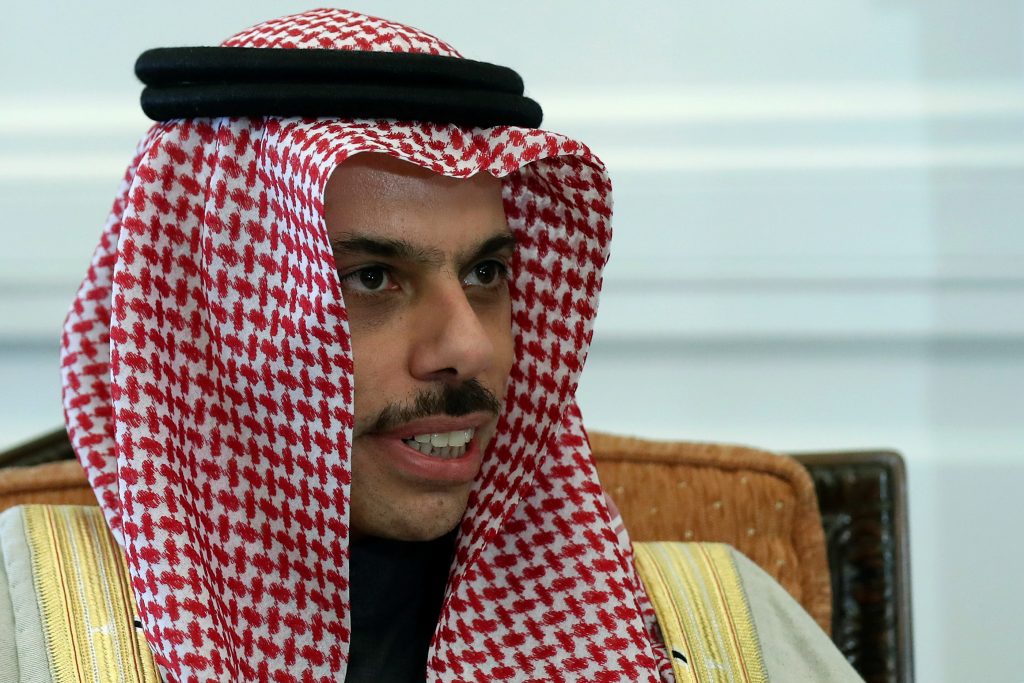 Saudi Arabia’s foreign minister said Israelis were not welcome to visit the kingdom after Israel said that Israeli citizens could visit Saudi Arabia under certain circumstances, CNN reported on Monday.

“Our policy is fixed. We do not have relations with the state of Israel and Israeli passport holders cannot visit the kingdom at the current time,” the U.S. broadcaster quoted Prince Faisal bin Farhan as saying.

A statement from Israel’s interior minister Rabbi Aryeh Deri on Sunday said Israelis – if invited and permitted by Saudi authorities – would be allowed to travel there for religious reasons, on pilgrimage or for up to nine days for business reasons such as investment or meetings.

Israelis, mostly Muslims going on pilgrimage, have for years been visiting the kingdom, but usually with special permission or using foreign passports.

“When a peace agreement is reached between the Palestinians and the Israelis, I believe the issue of Israel’s involvement in the region will be on the table,” Prince Faisal said.