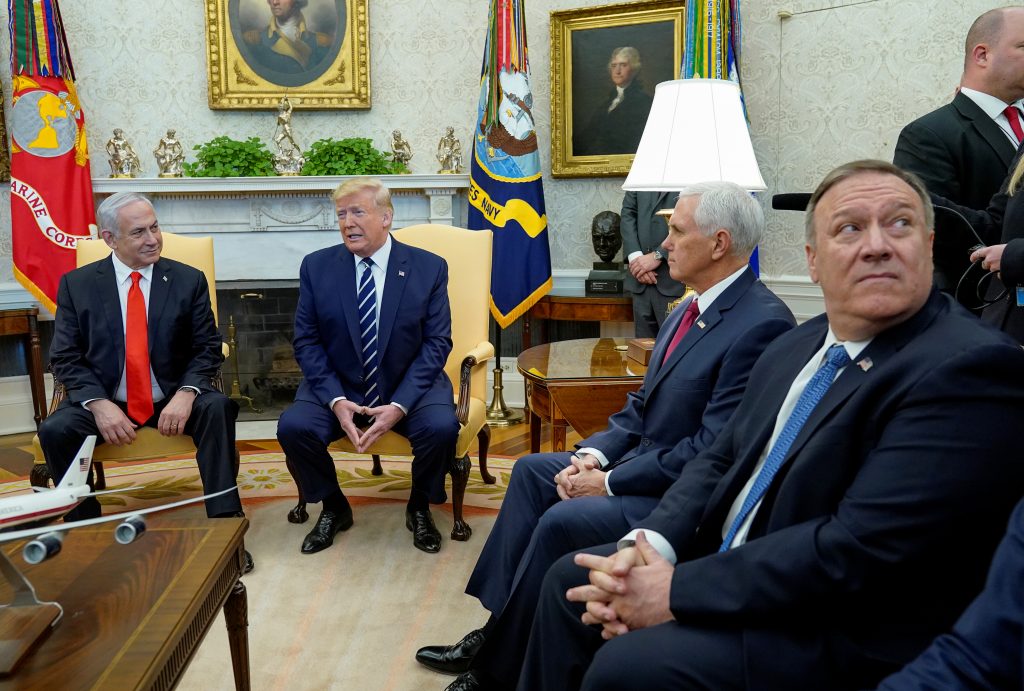 The administration will propose that Israel will have control of two of Judaism’s holiest sites, in Yehudah and Shomron— Me’aras Hamachpelah and Kever Yosef.

The report, carried on Channel 12, like other recent reports on details of the plan, gave no source.

Just ahead of the meeting with PM Netanyahu, President Trump told reporters that details of the peace plan will be released on Tuesday, but would make no further disclosure.

The prime minister thanked Trump for his support of Israel, and for increasing pressure on Iran.

The two leaders shook hands and then went to the Oval Office for what the White House has termed a “restricted meeting.”

Later on, they are set to hold an “expanded bilateral meeting” with their aides.