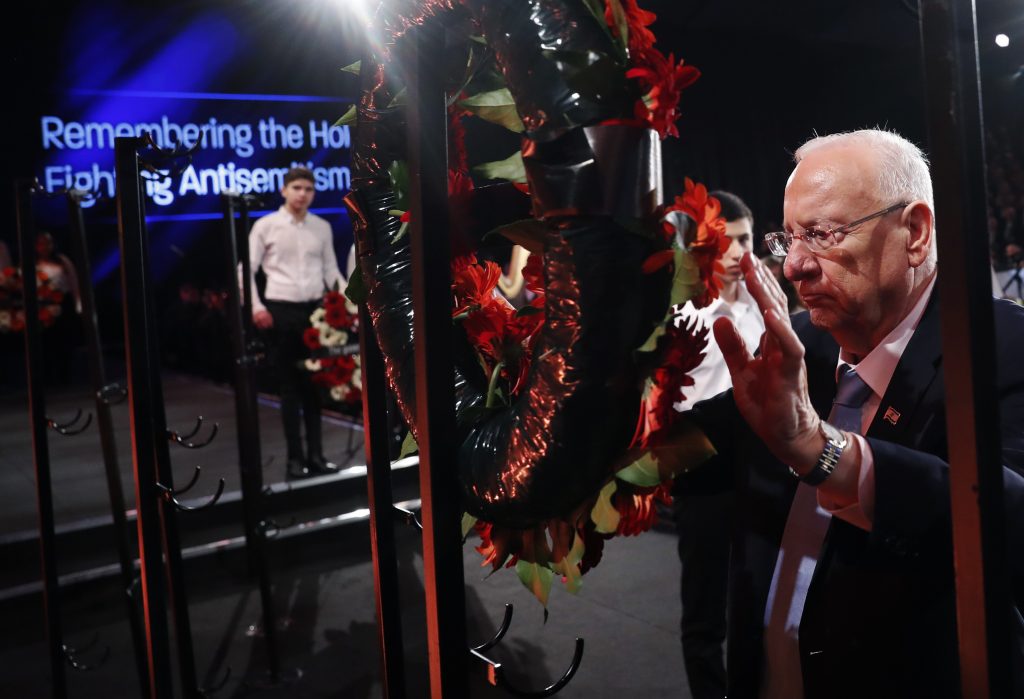 Rivlin spoke in Oswiecim, southern Poland, during observances of the 75th anniversary of the liberation, by the Soviet Red Army, of the Auschwitz-Birkenau death camp that Nazi Germany operated in occupied Poland.

Standing alongside Poland’s President Andrzej Duda, Rivlin said that the centuries-long bond between Poles and Jews, including the Holocaust, is one that “looks to the future from an unshakable commitment to the memory of the facts of the past.”

Bilateral ties have been clouded by disputes over the Holocaust narrative and by an international Auschwitz-Birkeanu anniversary forum organized by a private foundation in Jerusalem last week, which some saw as belittling Poland’s role in fighting the Nazis.

Russia’s President Vladimir Putin, who previously tried to place some blame on Poland for the war’s outbreak, was given prominence at that anniversary forum. Duda, who was not offered a slot to speak in Jerusalem and counter the allegations, boycotted the ceremony.

“Polish participation in the epic fight against the Nazis was ignored,” Duda said Monday in explaining his decision.

“We reach out to the Polish people today and ask to once again work together to form the futures of the next generation, respecting history and inspired by values of peace, justice, tolerance and partnership,” Rivlin said.

He added that he invited Duda to Jerusalem for “discussions that will strengthen our relations and the important cooperation between our countries.”

Earlier Monday, Rivlin and Duda laid a wreath at a memorial to Witold Pilecki and met with his daughter. Pilecki was a Polish resistance fighter who volunteered to be arrested by the Nazis and taken to Auschwitz-Birkenau to see the atrocities of the camp, which he reported after his escape.