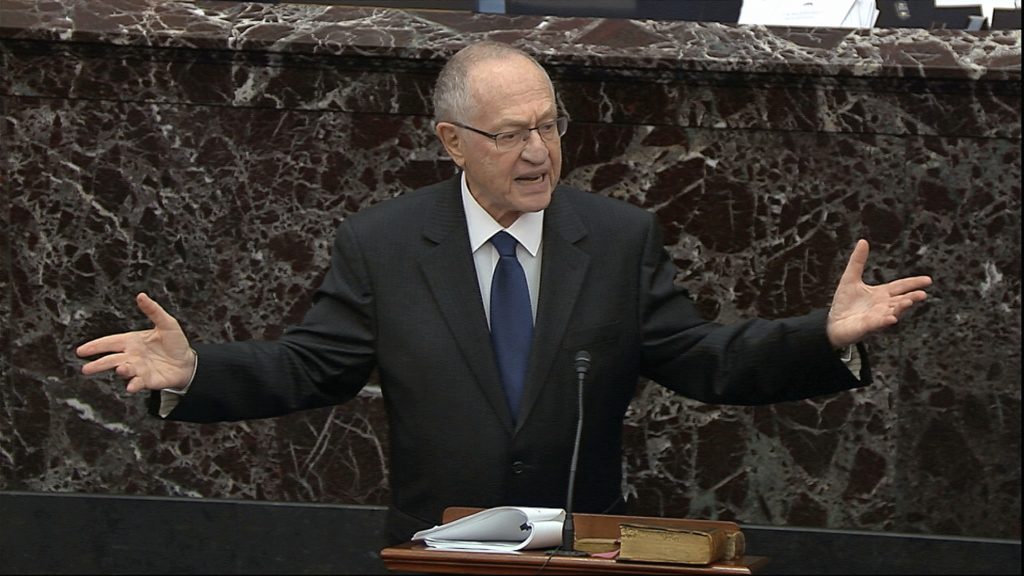 On Monday, Trump’s attorneys, including high-profile lawyers Ken Starr and Alan Dershowitz, launched a historical, legal and political attack on the entire impeachment process. They said there was no basis to remove Trump from office, defended his actions as appropriate and assailed Biden, who is campaigning for the Democratic nomination to oppose Trump in November..

Former Florida Attorney General Pam Bondi devoted her presentation to Biden and his son, Hunter, who served on the board of a Ukraine gas company at the same time his father was leading the Obama administration’s diplomatic dealings with Kyiv. The legal team argued that Trump had legitimate reasons to be suspicious of the younger Biden’s business dealings and concerned about corruption in Ukraine and that, in any event, he ultimately released the aid without Ukraine committing to investigations the president wanted.

Democrats say Trump released the money only after a whistleblower submitted a complaint about the situation.

Trump has sought to implicate the Bidens in the kind of corruption that has long plagued Ukraine. Though anti-corruption advocates have raised concerns, there has been no evidence of wrongdoing by either the former vice president or his son.

Starr, whose independent counsel investigation into President Bill Clinton resulted in his impeachment — he was acquitted by the Senate — bemoaned what he said was an “age of impeachment.” Impeachment, he said, requires an actual crime and a “genuine national consensus” that the president must go. Neither exists here, Starr said.

“It’s filled with acrimony and it divides the country like nothing else,” Starr said of impeachment. “Those of us who lived through the Clinton impeachment understand that in a deep and personal way.”

Dershowitz, the final speaker of the evening, argued that impeachable offenses require criminal-like conduct. He said “nothing in the Bolton revelations, even if true, would rise to the level of an abuse of power or an impeachable offense.”

“Purely non-criminal conduct, including abuse of power and obstruction of Congress, are outside the range of impeachable offenses,” Dershowitz said.

Once the president’s team wraps its arguments, senators have 16 hours for questions to both sides. By late in the week, they are expected to hold a vote on whether or not to hear from any witnesses.

Democrats argued their side of the impeachment case last week, warning that Trump will persist in abusing his power and endangering American democracy unless Congress intervenes to remove him before the 2020 election.

Eventual acquittal is likely in a Senate where a two-thirds majority vote would be needed for conviction.