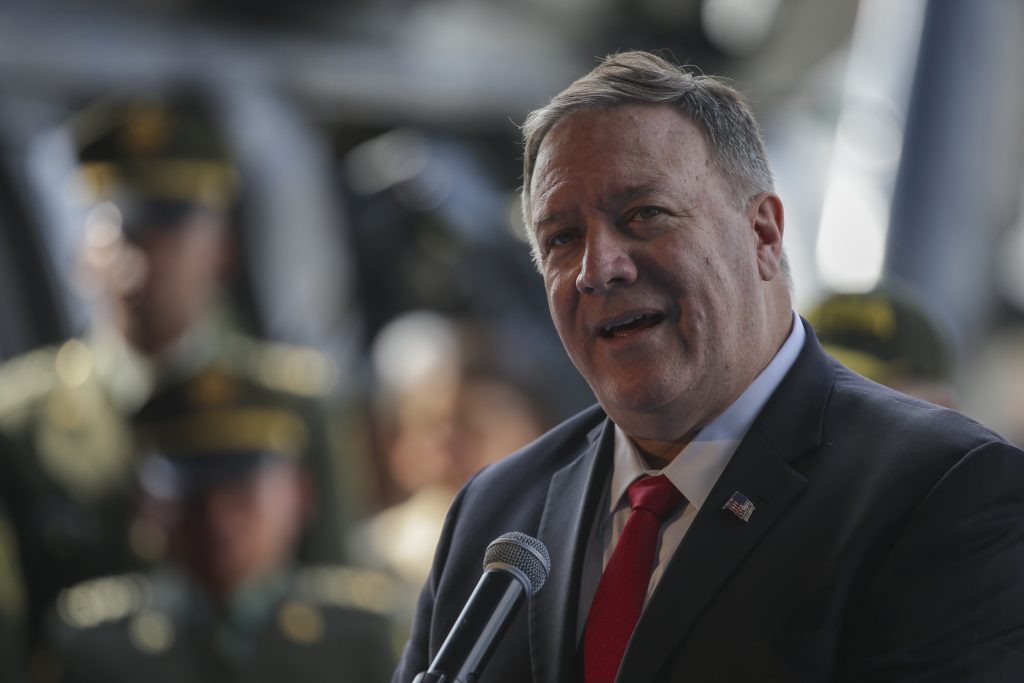 Secretary of State Mike Pompeo lashed out in anger Saturday at an NPR reporter who accused him of shouting expletives at her after she asked him in an interview about Ukraine. In a direct and personal attack, America’s chief diplomat said the journalist had “lied” to him and he called her conduct “shameful.”

Pompeo claimed in a statement that the incident was “another example of how unhinged the media has become in its quest to hurt” President Donald Trump and his administration. Pompeo, a former CIA director and Republican congressman from Kansas who is one of Trump’s closest allies in the Cabinet, asserted, “It is no wonder that the American people distrust many in the media when they so consistently demonstrate their agenda and their absence of integrity.”

In Friday’s interview, Pompeo responded testily when Kelly asked him about Ukraine and specifically whether he defended or should have defended Marie Yovanovitch, the U.S. ambassador in Kyiv whose ouster figured in Trump’s impeachment.

This has been a sensitive point for Pompeo. As a Trump loyalist, he has been publicly silent as the president and his allies have disparaged the career diplomats, including Yovanovitch, who have testified in the impeachment hearings. Those diplomats told Congress that Trump risked undermining Ukraine, a critical U.S. ally, by pressuring for an investigation of Democrat Joe Biden, a Trump political rival.

Yovanovitch, who was seen by Trump allies as a roadblock to those efforts, was told in May to leave Ukraine and return to Washington immediately for her own safety. After documents released this month from an associate of Trump’s personal attorney suggested she was being watched and possibly under threat, Pompeo took three days to address the matter and did so only after coming under harsh criticism from lawmakers and current and former diplomats.

Pompeo was rebuked Saturday by four Democrats on the Senate Foreign Relations Committee, who said his “insulting and contemptuous comments” were beneath the office of the secretary of state.

After the NPR interview, Kelly said she was taken to Pompeo’s private living room, where he shouted at her “for about the same amount of time as the interview itself.” She said he was not happy to have been questioned about Ukraine.

Pompeo, in his statement, did not deny shouting at Kelly and did not apologize. Instead, he accused her of lying to him when setting up the interview, which he apparently expected would be limited to questions about Iran, and for supposedly agreeing not to discuss the post-interview meeting.

Kelly said Pompeo asked whether she thought Americans cared about Ukraine and if she could find the country on a map.

“I said yes, and he called out for aides to bring us a map of the world with no writing,” she said in discussing the encounter on “All Things Considered.” “I pointed to Ukraine. He put the map away. He said, ‘people will hear about this.'”

Pompeo ended Saturday’s statement by saying, “It is worth nothing that Bangladesh is NOT Ukraine.”

Nancy Barnes, NPR’s senior vice president of news, said in a statement that “Kelly has always conducted herself with the utmost integrity, and we stand behind this report.”