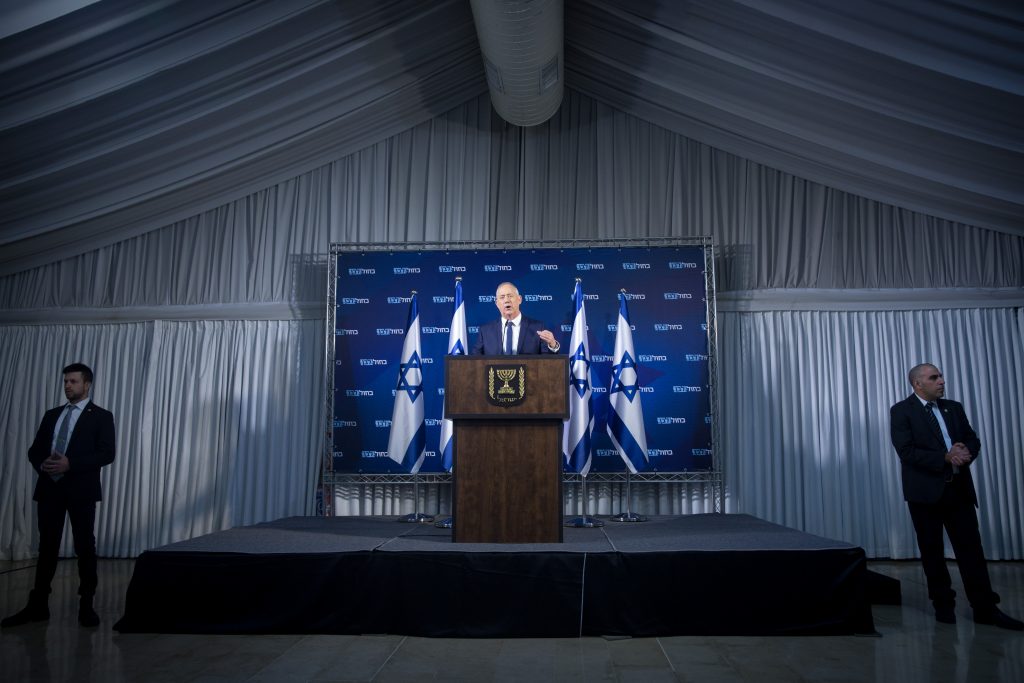 Blue and White officials were concerned on Motzoei Shabbos that despite their best efforts, the committee to be appointed Tuesday to consider Prime Minister Binyamin Netanyahu’s request for parliamentary immunity on the corruption charges against him will not have an opportunity to complete its work – and reject the request – before the election. That’s because the committee may not be able to even convene until next week.

The committee, which is expected to be weighted with MKs who will reject the Netanyahu request, will be chosen at a Knesset session Tuesday – at roughly the same time that Netanyahu will be meeting President Donald Trump to discuss his “deal of the century” peace plan. The committee was expected to hold its first session Thursday – but with Netanyahu abroad, that would not be possible.

That’s because under Israeli election laws, a Knesset committee discussing a Prime Minister’s immunity request cannot do so if the individual in question is abroad. If Netanyahu chooses to remain in the United States until the weekend, as source told Channel 12 he is likely to do, the committee will not be able to begin its discussions until that time.

As a result, Channel 12 quoted Blue and White sources as saying, there was a possibility that the committee would not be able to make its decision by Election Day, which would be barely a month after the first session. “With the delaying tactics Netanyahu is planning for this process, it wouldn’t be surprising if Netanyahu’s lawyers filibuster their way through the process right up to the election, with no decision on immunity by then,” the sources said.

Yediot Acharonot quoted sources in the Likud as saying that Blue and White’s “obsession” with the immunity issue is going to backfire. “While Netanyahu is in Washington discussing major issues such as Israeli sovereignty over parts of Yehudah and Shomron, Blue and White is going to seem very silly concentrating on Netanyahu’s immunity. That is the center of their campaign, and it is collapsing,” the sources said.

Netanyahu said Sunday that he hopes to “make history” during his upcoming trip to the White House.

Addressing his Cabinet shortly before departing for Washington, Netanyahu described the current environment, characterized by close ties with Trump, as a once-in-a-lifetime opportunity for Israel that “we must not miss.”

“We are in the midst of very dramatic political events, but the peak is still ahead,” he said.

“For three years I have discussed with President Trump and his team our security and national needs — dozens of discussions and hundreds of hours. In all of these talks, I found a receptive ear in the White House for the essential needs of the state of Israel,” he said. “I am going to Washington with a great sense of purpose, great responsibility and great chance, and I am hopeful we can make history.”