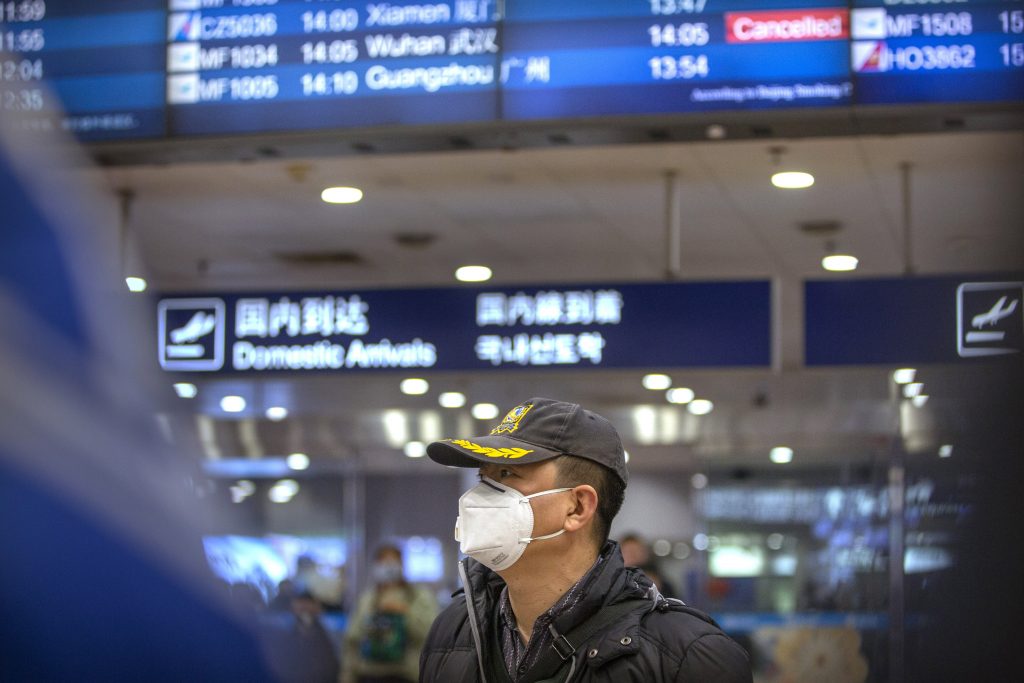 Israelis who returned from the Far East in recent days and have taken sick do not show signs of having contracted the coronavirus that is plaguing China, health officials said over the weekend. Currently, there are no known cases of coronavirus in Israel, officials said.

At least half a dozen Israelis who returned from the Far East in recent days asked doctors at hospitals and local health clinics for an examination, fearing they have contracted the disease. The symptoms they showed were somewhat similar to those reported by coronavirus sufferers, but doctors determined they were suffering from the flu. A Chinese tourist in Bethlehem was also suspected of having been infected, but was also found to be suffering from the flu.

Like other international carriers, El Al announced over the weekend that it would allow travelers who had bought tickets to destinations in China and the Far East to change their tickets at no cost. The announcement covers tickets issued for travel in the coming two weeks; the airline said it would consider an extension if the outbreak was not brought under control by then. Other carriers that run direct flights to and from China – Cathay Pacific, Hainan, and Szechuan Airways – announced they would allow free ticket changes for travel in the next 24 months.

Speaking to Yisrael Hayom, Professor Eyal Leshem of Sheba Hospital said that “anybody planning a trip to Asia and the countries where the virus has broken out is taking a risk, if not a big one at this point. China is a huge country with over a billion people, and travel there, as well as to Japan, Thailand, and South Korea, where the virus has reached, is also questionable. It’s not clear how extensive the reach of the virus has been as of yet.”

The coronavirus, related to the SARS virus, has infected hundreds of people in China’s Wuhan Province, and has spread beyond to Thailand, South Korea, Taiwan, Japan, and now the United States, where the first case was announced Wednesday. Scientists are working on a vaccine, but the disease is apparently highly infectious, and scientists are concerned that the disease will spread further before a vaccine can be developed.

Tens of thousands of Israelis travel to the Far East each year for pleasure and business, and China is an important business destination for Israelis. A survey by the newspaper of travel groups and customers at a travel store in Tel Aviv indicated that there was little concern among travelers of the disease. One member of a group set to travel to China said that “the media is probably blowing this out of proportion, so far it’s just a few people who are affected. There are billion Chinese and just 200 have gotten sick so far.”