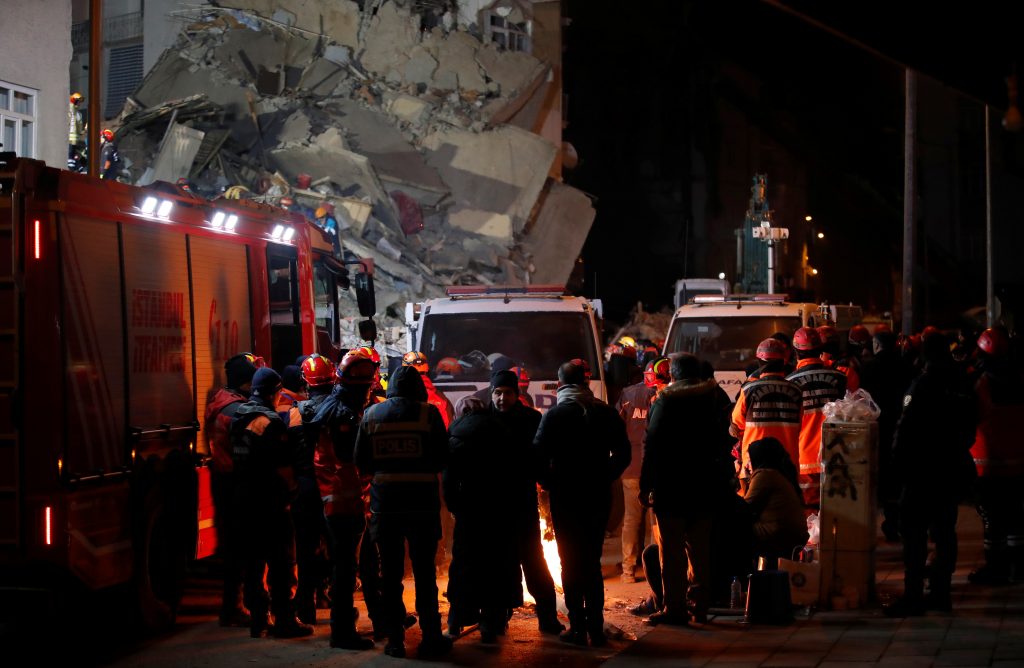 Rescuers searched on Saturday for survivors trapped under the rubble of collapsed buildings after a powerful earthquake hit eastern Turkey late on Friday, killing 29 people and injuring more than 1,400.

Turkish broadcasters showed footage of rescuers pulling people out from under the debris, some around 21 hours after the quake.

The magnitude 6.8 quake shook Elazig province, about 550 km (340 miles) east of the capital Ankara, shortly before 9 p.m., and was followed by 462 aftershocks, according to AFAD.

Rescue teams worked through the night with their hands, drills and mechanical diggers to remove bricks and plaster from collapsed buildings in Elazig, where the overnight temperature dipped to -8 degrees Celsius (17.6°Fahrenheit). Similar cold was expected on Saturday night.

Twenty-five people were killed in Elazig and four more in the neighboring province of Malatya, AFAD said, adding 1,466 others were injured.

Health Minster Fahrettin Koca said 128 injured people were receiving treatment and that 34 of those were in intensive care, but not in critical condition.

President Tayyip Erdogan cancelled his plans in Istanbul on Saturday and traveled to Elazig and Malatya to inspect rescue efforts. He also attended a funeral for a woman and her son killed in the quake, which he described as a “test” for Turkey.

“We are doing everything we can as the state and nation, and we will continue to do so. Our efforts at all rescue sites will continue,” he said at the funeral, adding state house developer TOKI would make sure no one was left “hungry or in the open.”

He said steel-framed houses would be rapidly built in the region to provide housing for displaced residents.

AFAD warned residents not to return to damaged buildings because of the danger of further aftershocks. It said beds, blankets and tents were sent to the area, where some people sheltered in sports halls.

Officials had identified 514 heavily damaged and 409 lightly damaged buildings in Elazig and Malatya, AFAD said in a statement. It said there were also 72 collapsed structures in the two provinces.

Justice Minister Abdulhamit Gul said a prison in the nearby Adiyaman province was being evacuated due to damage to the building. He said the 814 inmates were being transferred to prisons in three nearby provinces, while the 126 inmates at a women’s prison in Elazig were also transferred.

On Friday night, Interior Minister Soylu described the quake as as a “Level 3” incident according to the country’s emergency response plan, meaning it called for a national response but did not require international help.

Turkey had learnt lessons from previous disasters that helped it address Friday’s incident, he said.

Drones were deployed in search operations and to communicate between provinces.

Emergency teams and rescue equipment were sent from other provinces to Elazig, with thousands of rescuers and medical personnel on the ground to look for and help survivors.

Several municipalities sent supplies and officials to help in the aid effort. Turkish Airlines put on additional flights to Elazig from Ankara and Istanbul to help transport rescuers.

Turkey, which straddles seismic faultlines, has a history of powerful earthquakes.