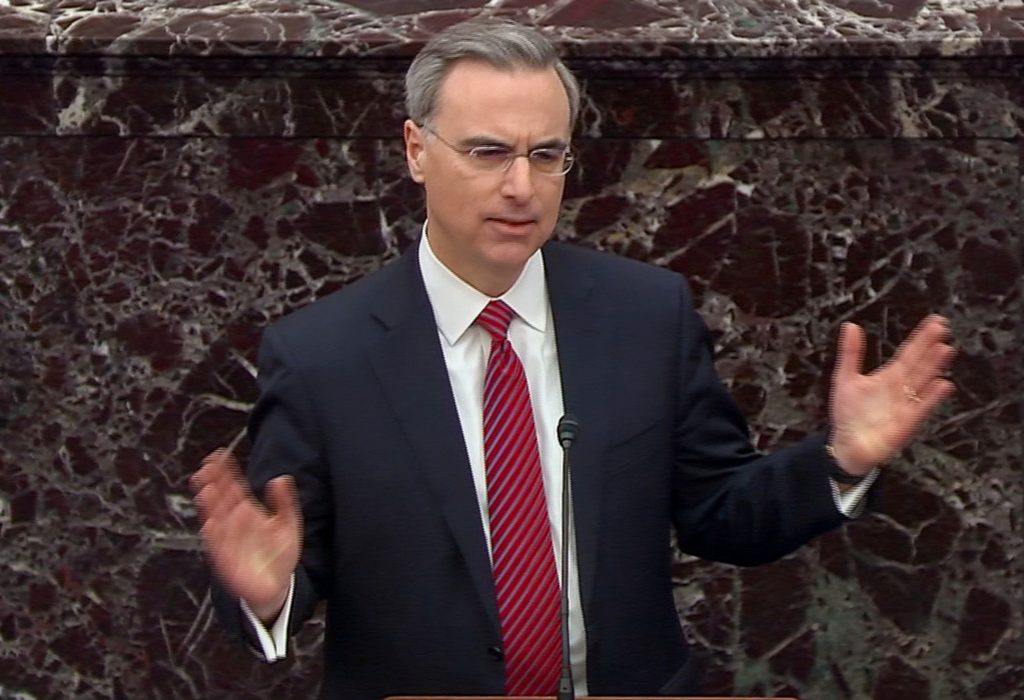 The impeachment trial of President Donald Trump in the U.S. Senate entered a new phase on Saturday as Trump’s legal team began to lay out its defense on the fifth day of the proceedings.

The following are selected quotes:

“We believe that when you hear the facts … you will find that the president did absolutely nothing wrong.”

“They’re asking you to do something that no Senate has ever done.”

“Within two hours, I thought that the White House counsel and their team entirely shredded the case that has been presented by the House managers.”

“After listening to the president’s lawyers opening arguments, I have three observations: They don’t contest the facts of Trump’s scheme. They’re trying to deflect, distract from, and distort the truth. And they are continuing to cover it up by blocking documents and witnesses.”

“I’m as impartial as I can possibly be … I’m wide open on this and we’ll see where the facts go.”

“The Democrats’ entire quid pro quo theory is based on nothing more than the initial speculation of one person: Ambassador (Gordon) Sondland. That speculation is wrong. Despite the Democrats’ hopes, the ambassador’s mistaken belief does not become true merely because he repeated it. Many times and apparently to many people.”

“They asserted facts that could easily be proven or disproven if witnesses and documents were available.”