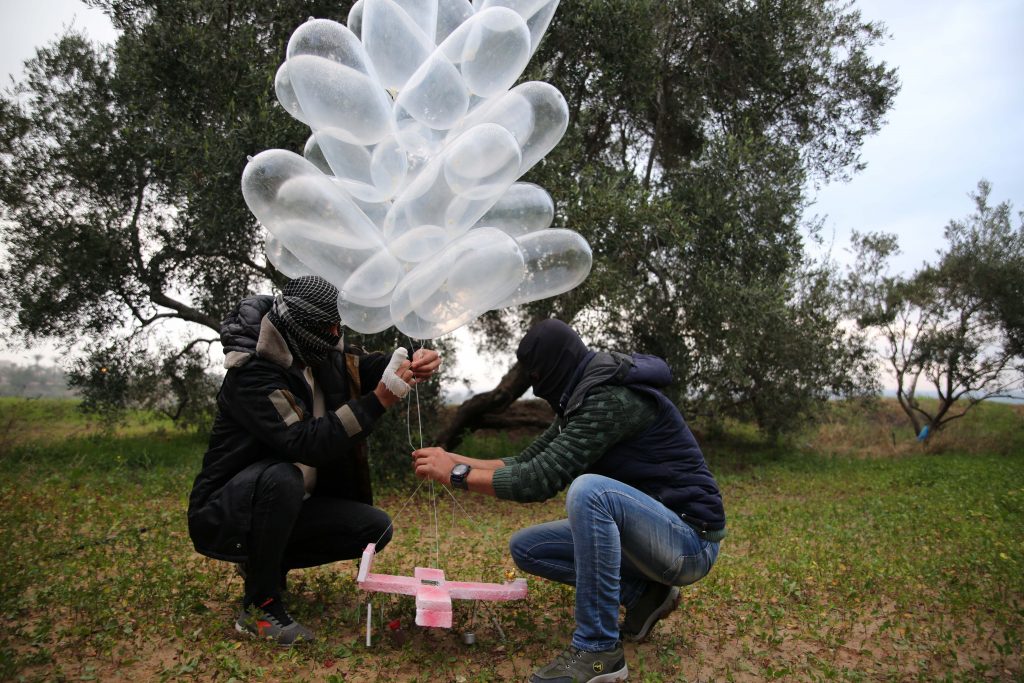 The Israeli military said the sites belonged to Hamas, and included weapons manufacturing and intelligence-gathering facilities.

There were no reports of injuries from the airstrikes in southern Gaza Strip.

Blaming Hamas, the military said it considers “any kind of terror activity with great severity and will continue operating as necessary against attempts to harm its civilians.”

Palestinian groups resumed launching flammable balloons on Israel recently and Hamas said it’s encouraging the shootings, charging Israel of not honoring an unofficial truce meant to improve the economy of the narrow enclave.

In trying to bolster the Egyptian and U.N.-mediated truce, Hamas halted the regular weekly protests along Gaza-Israel fence last month.

Earlier this week, a senior Hamas official said that the balloons were a signal to Israel to accelerate the informal “understandings” meant to ease the crippling blockade on Gaza.

The official, Khalil al-Hayya, said the balloons are being launched by disgruntled individuals, not Hamas. But he said his group was “satisfied” with the launches and is ready to send more “if the occupation doesn’t pick up the message.”