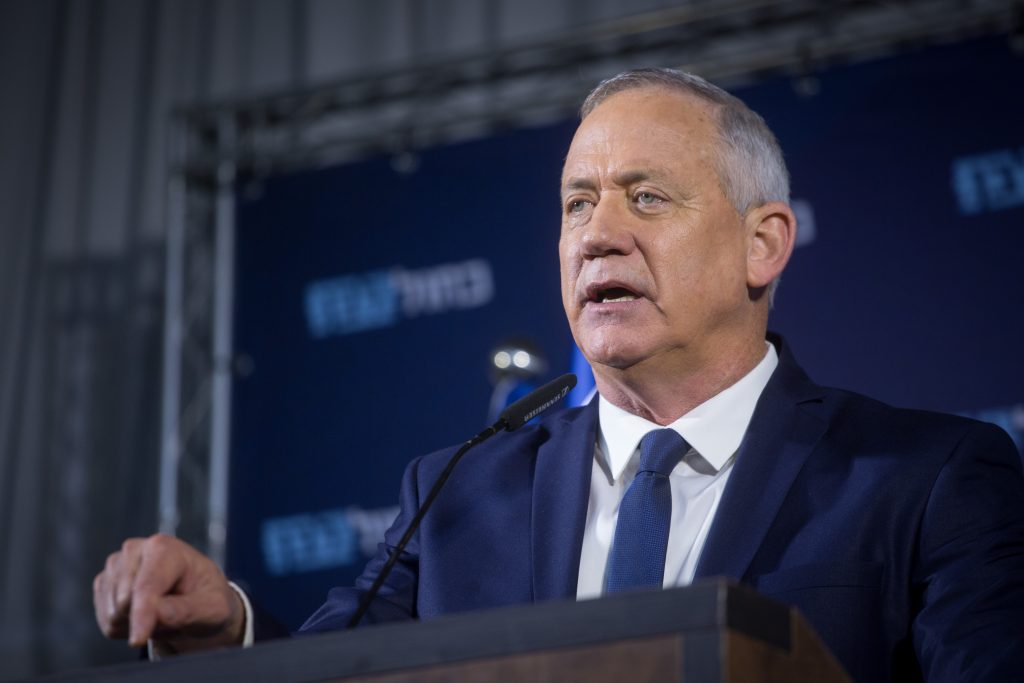 Blue and White head Benny Gantz said on Motzoei Shabbos that he would travel to Washington to meet President Donald Trump.That meeting will take place Monday – a day before Prime Minister Binyamin Netanyahu is set to meet with him. Accompanying Gantz on the trip will be former IDF Air Force Commander Amir Eshel, who has been advising Gantz on the Trump peace plan. Also accompanying him will be Blue and White adviser Dr. Yoram Turowitz, and party chairperson Maayan Cohen Yisraeli.

“The United States is a true friend of Israel,” Gantz said in a statement Motzoei Shabbos. “President Trump is a true friend of Israel and United States Jewry. I have decided to accept the President’s invitation to meet with him personally on Monday,” Gantz said. “In recent months I have been meeting with American officials, including Ambassador David Friedman, to discuss the American peace plan. I appreciate their willingness to take into consideration Israel’s security needs.”

Gantz planned to meet with Trump on Monday so that he could rush back to Israel on Tuesday to participate in the Knesset session that will choose a committee to hear Netanyahu’s request for parliamentary immunity. “These are not normal days for Israel. An unnecessary and expensive third election campaign will soon end, and it must end with a decision. In order to move forward with the ‘deal of the century’ peace plan united behind a prime minister with full legitimacy from the public.”

Commenting on Gantz’s statement, Labor-Meretz head Amir Peretz said that he “wished Gantz success on his trip. We don’t consider the trip to be the important thing, but the renewal of the peace process that will begin when a new government takes over after the elections. We will decide our own fate together with the Palestinians in direct negotiations. After the elections a new government will arise that will have the legitimacy to arrive at decisions that will ensure the future of Israel as a Jewish and democratic state.”