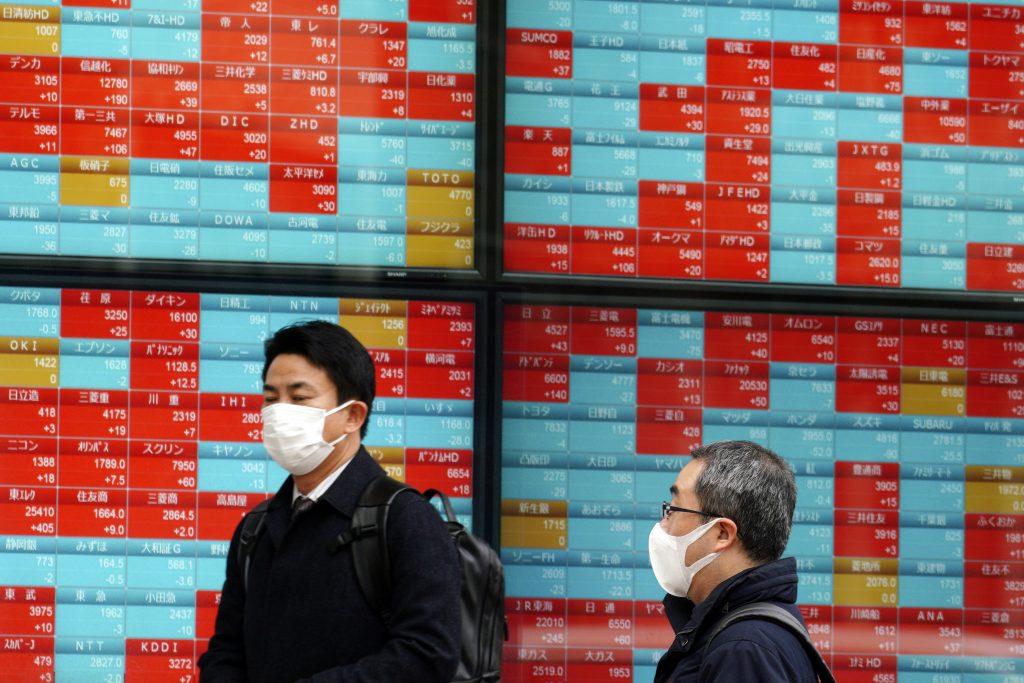 Shares were mostly higher in quiet trading on Friday in Asia as China began a week-long Lunar New Year festival that is being overshadowed by the outbreak of a new virus that has killed 25 people and sickened more than 800.

Markets were closed in Shanghai and the rest of mainland China, South Korea, Malaysia and Taiwan.

As authorities confirmed more cases of the new virus first reported in the central Chinese city of Wuhan, investors continued to monitor developments in the international effort to keep it from spreading further and potentially harming the global economy.

The World Health Organization decided Thursday against declaring the outbreak a global emergency for now. Such a declaration could increase resources for battling the outbreak but also result in trade and travel restrictions and other economic damage.

Fears that the coronavirus could spread have weighed on global markets this week, driving up demand for U.S. government bonds and safe-play stocks.

Market “traders are weighing the anticipated China growth fallout against the backdrop of the current global growth recovery. While the calculus is not coming up roses, it’s far from a state of global market panic,” Stephen Innes of AxiCorp said in a commentary.

“Still, if risk aversion starts to spread beyond China’s borders and starts to affect more than the usual suspect’s luxury, travel, and tourism, then we will likely see a more significant dive in the broader global indices,” he said.

Traders also had their eye on a mixed batch of company earnings reports, including encouraging quarterly results from American Airlines and Citrix Systems, and disappointing report cards from Travelers and Raymond James Financial.

“Today was driven a bit by earnings, but also by the coronavirus fears,” said J.J. Kinahan, chief strategist with TD Ameritrade. “Asian markets had a really tough night and that was our lead-in, that put a bit of extra pressure on the market coming in.”

Excluding the Nasdaq, the major U.S. stock indexes are on track to end the week with a loss.