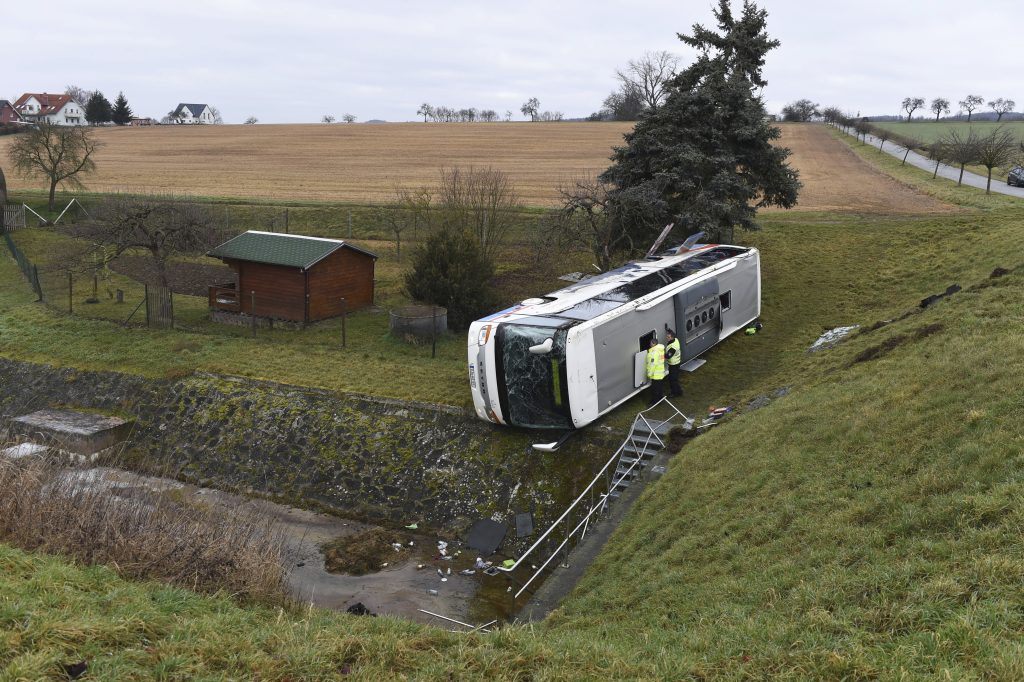 Officials said the bus carrying 22 elementary school children, aged eight to 11, slid off an icy, cobblestone road, crashed into a ditch and flipped over several times near the village of Berka in Thuringia state. The village is 260 kilometers (160 miles) southwest of Berlin.

Emergency staff took all the children to surrounding hospitals, including those who were only slightly injured. The bus driver was also injured.

Dozens of firefighters, police officers, doctors and psychologists were at the scene to help with the rescue operations, officials said.

Thuringia Interior Minister Georg Maier told reporters that the crash had left the small village of Berka in “shock.” He said the affected school would be open on Friday, but that psychologists would be there to help the children and teachers cope with the loss.