Israel Putin on Imprisoned Issachar: ‘Everything Is Going to Be Okay’
Israel 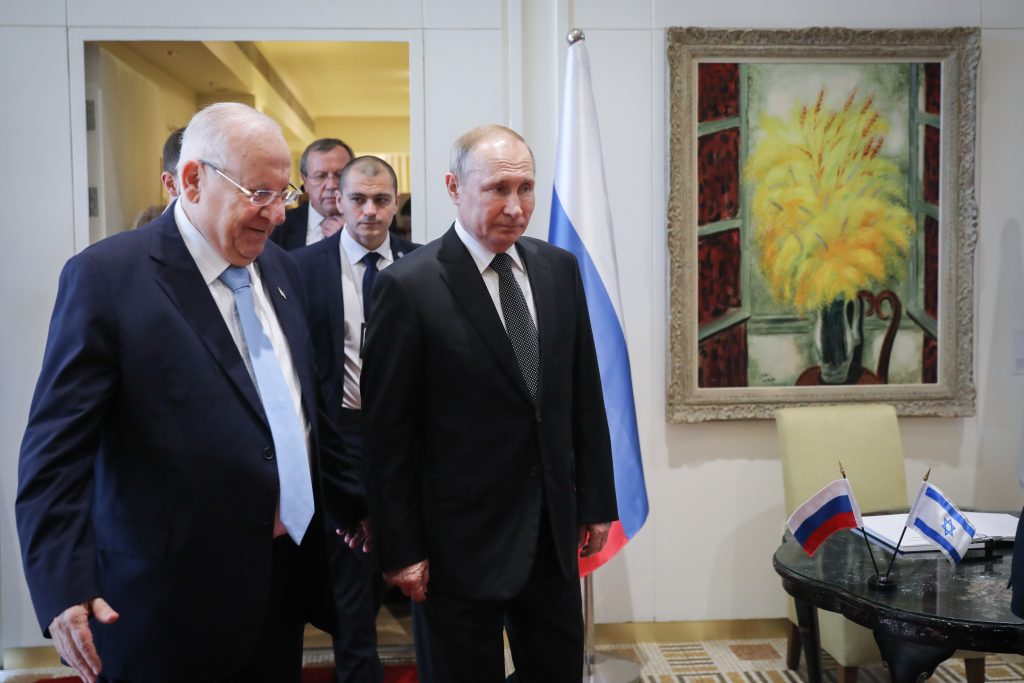 Naama Issachar is set to meet on Thursday with Russia’s top human rights official, Russian President Vladimir Putin said after a meeting with Prime Minister Binyamin Netanyahu and Yaffa Issachar, mother of the detained Israeli who was sentenced to seven and a half years in a Russian prison. “I told [Yaffa Yissachar] and I will say it again – everything is going to be okay.”

“It’s clear that Naama comes from a good family,” Putin said after the meeting. “I am familiar with the prime minister’s position” that Naama should be returned to Israel. “It’s also clear that her mother is very concerned and supportive of her daughter. We are taking everything into consideration.”

Issachar said afterwards that Putin promised her to release her daughter.

However, as she mentioned to Ynet, “there still isn’t a date for Naama’s release.” Issachar said Netanyahu told her: “It won’t be much longer.”

Issachar was several months ago sentenced to seven years in a Russian prison, on what many consider to be trumped-up drug charges. Issachar was arrested for carrying less than 10 grams of cannabis in her luggage, nabbed by Russian police in the international transfer zone at Moscow’s airport en route from India to Israel. Israeli officials have appealed to Putin to release Issachar, among them Prime Minister Binyamin Netanyahu, who spoke with Putin on the phone last Thursday about a variety of subjects, including Issachar.

Over the past several weeks, news of a deal between Israel and Russia for Naama’s release has been percolating, and on Wednesday, Channel 12 revealed what could be the basis for that rumor: On December 30, Israel quietly transferred responsibility for a Russian institution in Yerushalayim’s Old City to the Russian government. The site, known as the Alexander Courtyard, contains, among other things, a Russian church.

In a statement, the Prime Minister’s Office said that Netanyahu was “very satisfied with the meeting and with President Putin’s comments. We appreciate his willingness” to help release Issachar. Observers said Thursday that with his statements and given the Israeli concession, Putin appeared to be making a case for clemency for Issachar. With that, “there are procedures that need to be followed in Russia, and that will take time.”

President Reuven Rivlin reacted to Putin’s comments by saying that “we greatly appreciate President Putin’s understanding that Israelis feel that every one of our people is one of our children.” Yaffa Issachar said after the meeting that she was “still optimistic” that Naama would be released.

After the meeting, Netanyahu and Putin attended a ceremony for the dedication of a memorial to those killed in the siege of Leningrad during World War II. The memorial is located in Sacher Park, and was constructed at a cost of NIS 1.2 million.