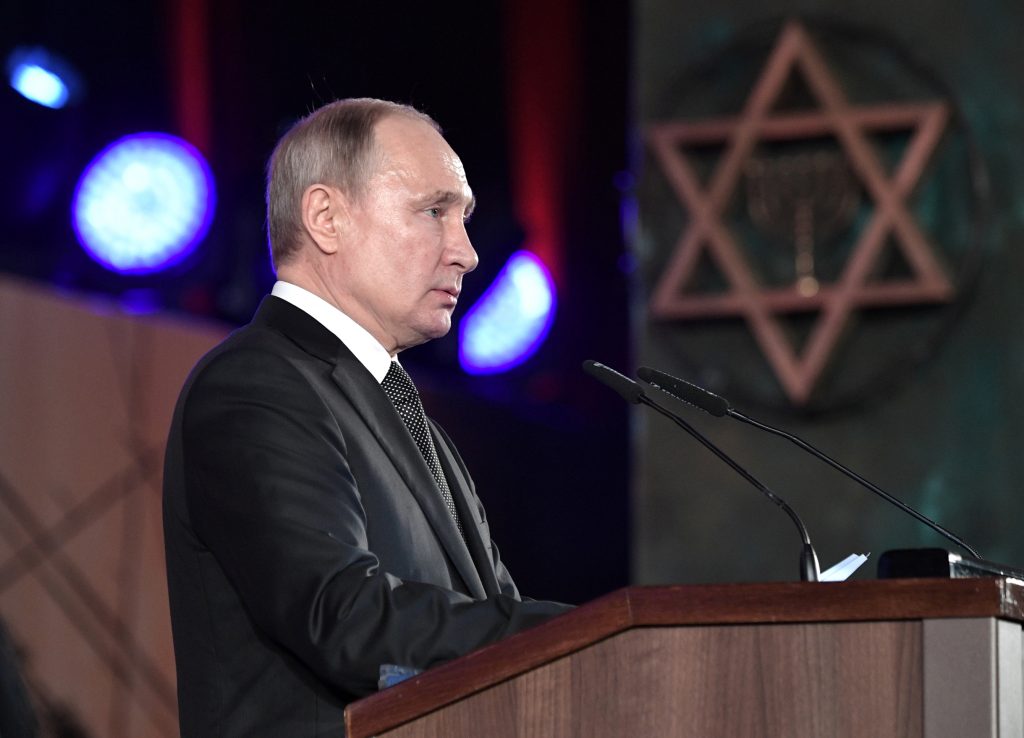 Prime Minister Binyamin Netanyahu said Thursday that the Soviet “sacrifice and contribution” during World War II should not be obscured.

Netanyahu made the remarks at a ceremony dedicating a memorial for the 900-day siege of Leningrad. He highlighted that millions of Soviet residents were killed during the war.

He said: “We mustn’t for even one second blur the sacrifice and the contribution of the former Soviet Union” in defeating “the Nazi monster.”

Thursday’s ceremony was taking place ahead of a gathering of world leaders commemorating 75 years since the liberation of the Auschwitz death camp.

Russian President Vladimir Putin is a guest at the ceremony, which is taking place ahead of the largest-ever gathering focused on commemorating the Holocaust and combating modern-day anti-Semitism.