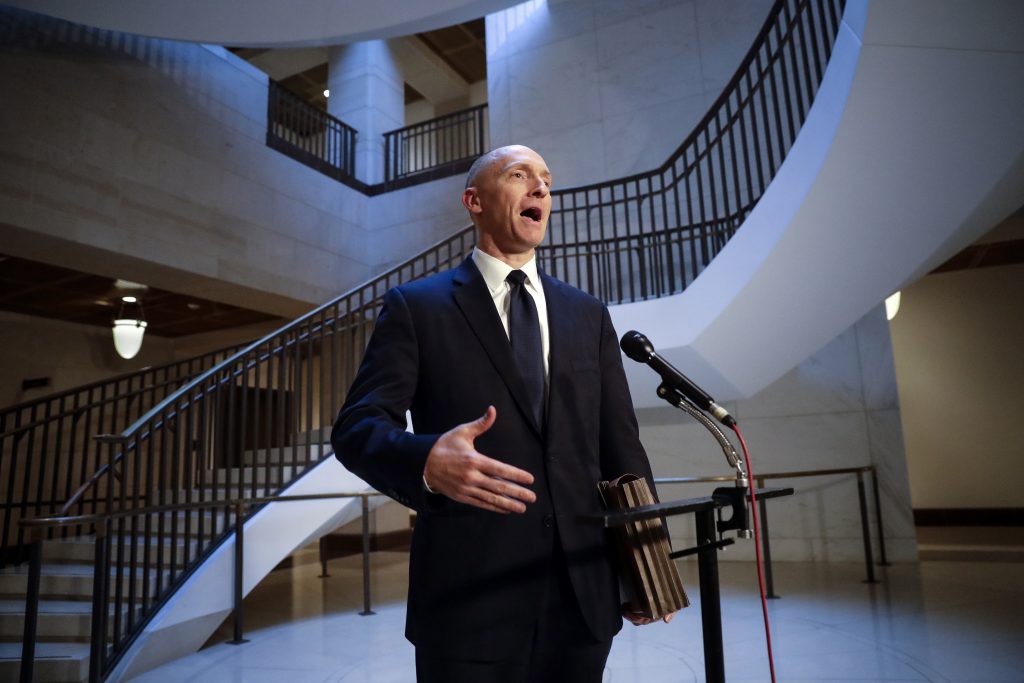 The Justice Department secretly acknowledged last month that it had “insufficient predication” to continue monitoring a former Trump campaign adviser during the FBI’s investigation into Russian interference in the 2016 election, according to records made public Thursday – a notable admission likely to fuel continued criticism over how the bureau handled the high-profile case.

The concession was revealed in an order posted on the Foreign Intelligence Surveillance Court’s website. In December, according to the order, the department told the court it had come to believe that in at least two of the four applications to monitor the former adviser, Carter Page, “there was insufficient predication to establish probable cause” to believe he was acting as a Russian agent.

The department obtained the problematic warrants in 2017. It acknowledged wrongdoing only after the Justice Department inspector general alleged last month that FBI agents “failed to meet the basic obligation” to ensure the applications to surveil Page were “scrupulously accurate.” The inspector general had declined to speculate whether Justice Department leaders and court officials would have approved the warrants if they had been given completely accurate information.

Page said in a statement: “Today’s unprecedented court filing represents another step on the road to recovery for America’s deeply damaged judicial system. I hope that this latest admission of guilt for these civil rights abuses by the Justice Department marks continued progress towards restoring justice and remedying these reputationally ruinous injuries.”

Spokespeople for the FBI and Justice Department declined to comment.

The department’s concession is validating for conservatives who had long criticized the surveillance of Page, and it is likely to fuel continued attacks on the Russia probe, which was eventually taken over by special counsel Robert Mueller III.

Justice Department Inspector General Michael Horowitz concluded that the FBI had adequate predicate to open the Russia investigation, which the bureau did months before seeking court authorization to monitor Page.

Horowitz found, however, that an FBI lawyer had doctored an email during the process to obtain authorization to surveil Page. U.S. Attorney John Durham, who was specially appointed by Attorney General William Barr to assess the origins of the probe, is now examining that as a potential crime.

The inspector general also faulted the bureau for its reliance on information provided by former British spy Christopher Steele – who had been hired by an opposition research firm working for the Hillary Clinton campaign to investigate Donald Trump – even as agents determined it might not be credible.

FBI Director Christopher Wray vowed a series of reforms after Horowitz’s report was released and detailed some of those in a filing to the Foreign Intelligence Surveillance Court earlier this month.

“The FBI has the utmost respect for this Court, and deeply regrets the errors and omissions,” Wray wrote in a court filing, adding that the failings were “unacceptable and unrepresentative of the FBI as an institution.”

About a week later, though, an adviser to the court said Wray’s plan did not go far enough.

Democratic and Republican lawmakers alike have been critical of the FBI’s handling of Page – even though their views on the broader Russia case vary. Some have threatened to strip the Foreign Intelligence Surveillance Court of its legal authority, and the court itself has demanded changes.

The court is a unique body, allowing the government to apply to monitor potential intelligence threats in such a way that, unlike in normal federal courts, defense attorneys are never allowed to see. Federal law enforcement officials have said they do not want to lose the tool. Even Barr – who has been highly critical of the Russia probe and expressed skepticism that it had the proper foundation to begin – has said it is a “a critical tool to protecting Americans,” and that he and Wray are “committed to preserving” it.