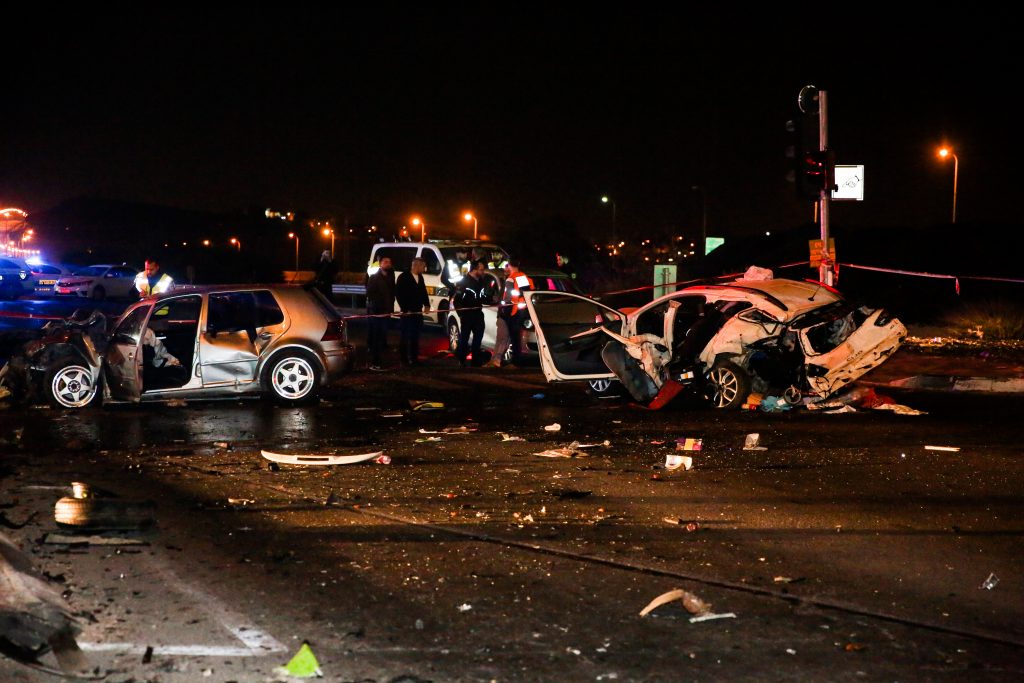 Supporters of the Rimel family launched a social media protest Wednesday after prosecutors indicted Tari Kurd, a 19-year-old resident of an eastern Yerushalayim neighborhood, for reckless driving, unintentional manslaughter and speeding, for a road accident he caused that resulted in the deaths of 34-year-old Tzippy Rimel, a”h, and her three-week-old infant, Noam Rachel, a”h. Protestors said that the circumstances of the incident were sufficient to justify trying Kurd on terror charges.

The incident occurred last month when Kurd, a new driver, decided to take a new car he had just bought out for a “test spin,” the indictment said. According to Kurd, he decided “to check how the car responds to high-speed situations,” and drove the car out onto Road 443, the Yerushalayim-Modi’in road. Driving at a speed of 170 kilometers per hour (107 mph), Kurd ran a red light and slammed into cars coming through the intersection – killing Rimel and her baby, and seriously injuring her husband, Efrayim Rimel, and their 12-year-old son.

Kurd was injured in the incident himself, and police placed him under arrest while he was hospitalized. A traffic court later ordered him released, after he was found not to be driving under the influence of drugs or alcohol, and with  no previous criminal record. He was rearrested several days later, and is currently under house arrest.

Critics of the indictment said it was clear that Kurd had gotten onto the road fully aware of the damage he could cause. “He drove on a busy highway and ran through a red light at a very busy intersection,” said one protester. “It’s clear that he had no regard for the lives of others. The charge of unintentional manslaughter is a joke. There was clearly intention here.”

Speaking to Yediot Acharonot from his hospital bed, Efraim Rimel said that he was thankful to Israelis, who in the days following the accident contributed some NIS 4 million to help the family. “Am Yisrael truly rose to this occasion, and it is very moving,” he said. “The state fights many things, it needs to do something about these road accidents.”