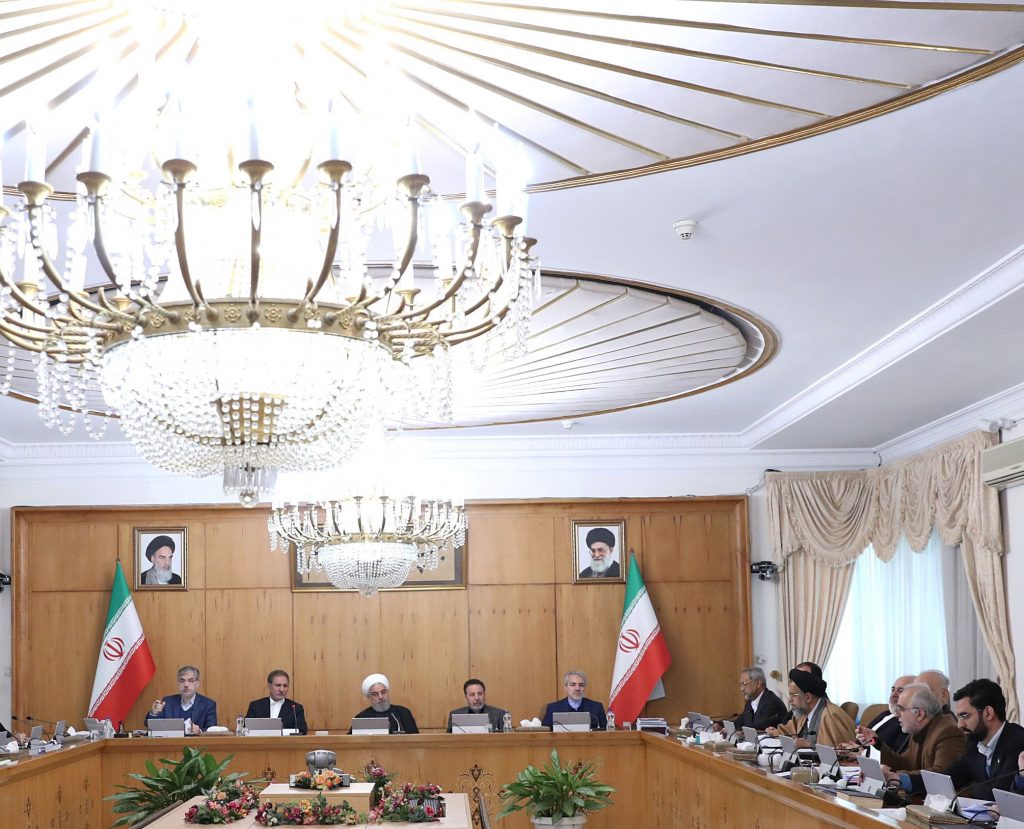 Iran‘s president told European powers on Wednesday not to copy the United States by undermining Tehran’s strained nuclear pact with world powers, and said Tehran would not seek nuclear weapons whether or not the deal survived.

Britain, France and Germany launched a dispute mechanism in the 2015 nuclear deal this month, accusing Iran of violating the deal that has become increasingly frayed since Washington pulled out in 2018 and then reimposed sanctions on Tehran.

The dispute mechanism could ultimately lead to the case being referred to the U.N. Security Council to restore U.N. sanctions. Iranian officials have threatened a range of steps if this should happen, including quitting the 2015 deal or even withdrawing from the 1968 Non-Proliferation Treaty (NPT), basis for global nuclear arms control since the Cold War.

Iran has gradually rolled back its commitments under the 2015 deal, arguing that it has a right to do so because European countries failed to protect it from U.S. sanctions.

This month, the escalating crisis briefly flared into a military exchange between Iran and the United States.

Iranian President Hassan Rouhani said on his website President.Ir on Wednesday that the United States had made a mistake by quitting the 2015 pact.

“Do you want to make the same mistake? … I am emphasizing that if the Europeans make a mistake and violate the deal, they will be responsible for the consequences of their actions.”

The three European powers have shown greater readiness to work towards what the British prime minister dubbed a “Trump deal.” France has said it might be time for a broader pact.

“In the current context, France is determined that Iran never acquires a nuclear weapon, but also that we avoid all military escalation in the region,” French President Emmanuel Macron said during a trip to Israel.

Iran has always insisted its nuclear program was only for peaceful purposes, pointing to monitoring of its work by the U.N. watchdog, the International Atomic Energy Agency (IAEA).

“With or without the nuclear deal or the IAEA’s safeguards, whether our relation with the U.N. nuclear watchdog is good or bad, Iran is not seeking nuclear weapons,” Rouhani said.

Rouhani’s chief of staff, Mahmoud Vaezi, had earlier said one of Tehran’s possible responses to the crisis would be to withdraw from the 2015 deal. Rouhani said of the pact: “We do not want to destroy it and we are still committed to the deal.”

After months of rising tension, the crisis flared into open conflict this month. Trump ordered the killing in Baghdad of Iran‘s most prominent military commander on Jan. 3, prompting Tehran to launch missiles at U.S. targets in Iraq on Jan. 8.

In the tense aftermath, Iran‘s military shot down an airliner by mistake, igniting protests at home and adding to pressure on Tehran from abroad.

Iranian Foreign Minister Mohammad Javad Zarif said Europe had yielded to pressure from Washington by launching the dispute mechanism in the nuclear pact, the JCPOA. He has cited a threat of U.S. tariffs if European capitals did not take action.

“When E3 sold out remnants of #JCPOA to avoid Trump tariffs last week, I warned that it would only whet his appetite,” he tweeted. “EU would do better to exert its sovereignty.”

European diplomats say they would have triggered the dispute mechanism regardless of any U.S. tariff threats.