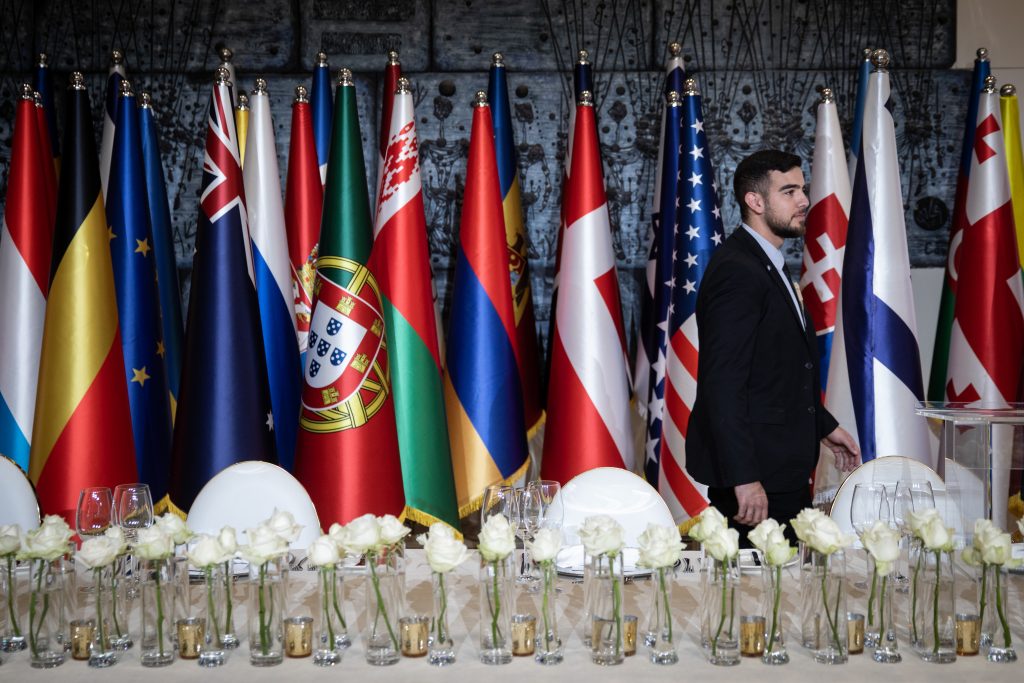 Amid all the solemn recollections of the Holocaust and pledges to fight anti-Semitism at the international conference in Yerushalayim on Wednesday night, inevitably there was small talk, too.

Many of the dozens of world leaders are fascinated with the current Israeli political situation and it emerged as a popular topic in chats with Israeli Prime Minister Binyamin Netanyahu‏‏, The Times of Israel reported.

In conversation with the presidents of Romania and Cyprus, Klaus Iohannis and Nicos Anastasiades, respectively, Netanyahu was overheard commenting on the elections:

“Well, I’ve won five of them,” Netanyahu quipped. The conversation then turned to artificial intelligence and investment opportunities.

A little later, Netanyahu told Austrian President Alexander Van der Bellen, “Three elections in one year. But I think I can do it.”

The chatting preceded the “official reception and dinner” at the President’s Residence on Wednesday evening,

At 6:30 p.m., the world leaders will gather at the President’s Residence for an “official reception and dinner.” The food was said to feature “typical Israeli dishes,” for 250 guests, served by 200 waiters and staff.

The list of dinner speakers is short: Israeli President Reuven Rivlin will welcome the guests; Spanish King Felipe will speak on behalf of the world leaders; and Israeli historian Yehuda Bauer will deliver an 11-minute lecture on anti-Semitism and the Holocaust.