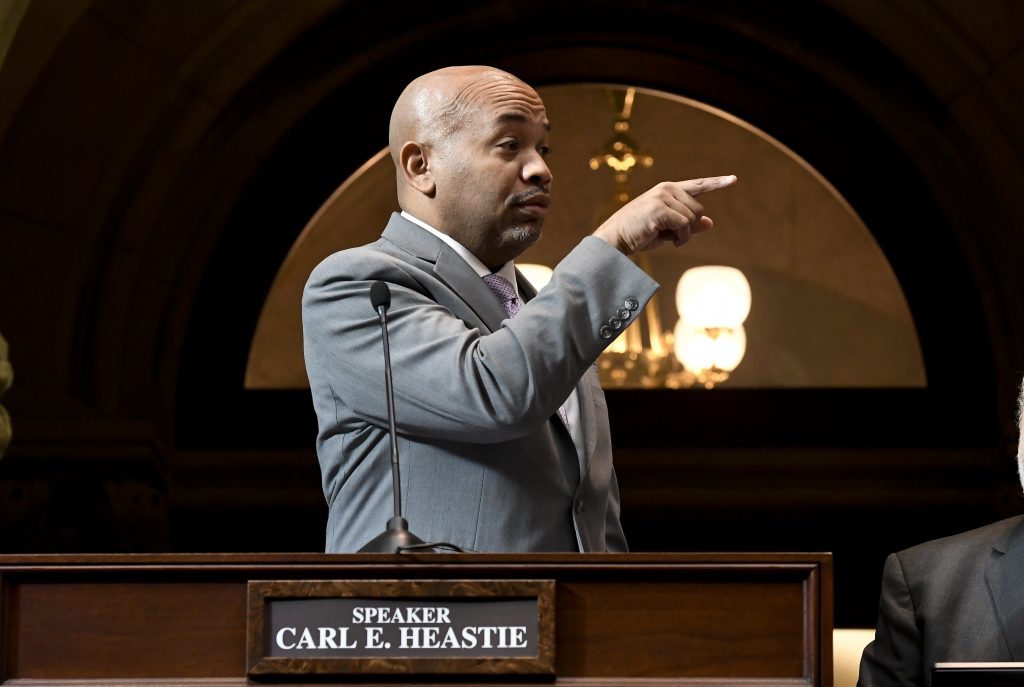 The new law, which eliminates cash bail for the wide majority of misdemeanors and nonviolent felonies, has come under intense scrutiny as courts have released people who would have remained in jail under the old rules. The bail reforms went into effect at the beginning of the year.

The poll found 49% of respondents said the changes were bad for New York while 37% said they were good for the Empire State.

Those results stand in contrast to last April, when 38% of respondents said the law would be bad for the state, while 55% said it would be a positive move.

The new poll showed waning support for the bail reforms among Democrats, Republicans and Independents. About 53% of Democratic respondents said the law is good for New York— an 11-point drop from Democrats polled last year.

The poll involved 814 registered voters in New York and was conducted by telephone Jan. 11-16. The margin of sampling error was plus or minus 4.1 percentage points.

Khalil Cumberbatch, chief strategist for New Yorkers United for Justice, said the poll shows there’s more work to be done on educating the public about the benefits of pretrial reforms.

“Unfortunately, months of fearmongering and misinformation have had an effect,” he said in a statement.

Backers of the bail law said the old rules unfairly punished poor people who could not afford to post bail, keeping them in pretrial detention for low-level crimes.

State Democrats have faced mounting pressure since the beginning of the year to make changes to the law. Republicans, who argue the bail law jeopardizes public safety, have called for a full repeal. The law also recently received criticism from Richard P. Donoghue, the U.S. attorney for the Eastern District of New York.

John Flanagan, the Republican state Senate minority leader, lambasted the reforms in a statement and said the poll showed that the changes are “a disaster.”

Some leading Democrats have indicated they are open to making changes to the law, including Gov. Andrew Cuomo, who backed the reforms last session.

The Democrat said Tuesday that reform is an ongoing process.

“You make a change in a system, it has consequences and you have to understand those consequences,” he said. “We need to respond to the facts, but not the politics. And we need to act on information and not hyperbole.”

Other Democrats have resisted calls to change the law. Among those lawmakers is State Assembly Speaker Carl Heastie, who said this month that he wants to let the reforms play out without changes. He has also urged people to be patient with the law, a point he seemed to imply on Tuesday when asked if more time should be allowed before a decision is made.

On a separate topic, 58% of respondents supported legalizing recreational marijuana use, according to the poll.

Cuomo has proposed legalizing recreational marijuana use for adults. Under his proposal, sales to retail dispensaries will be taxed at 20%, according to a policy document that accompanied his Tuesday budget presentation.