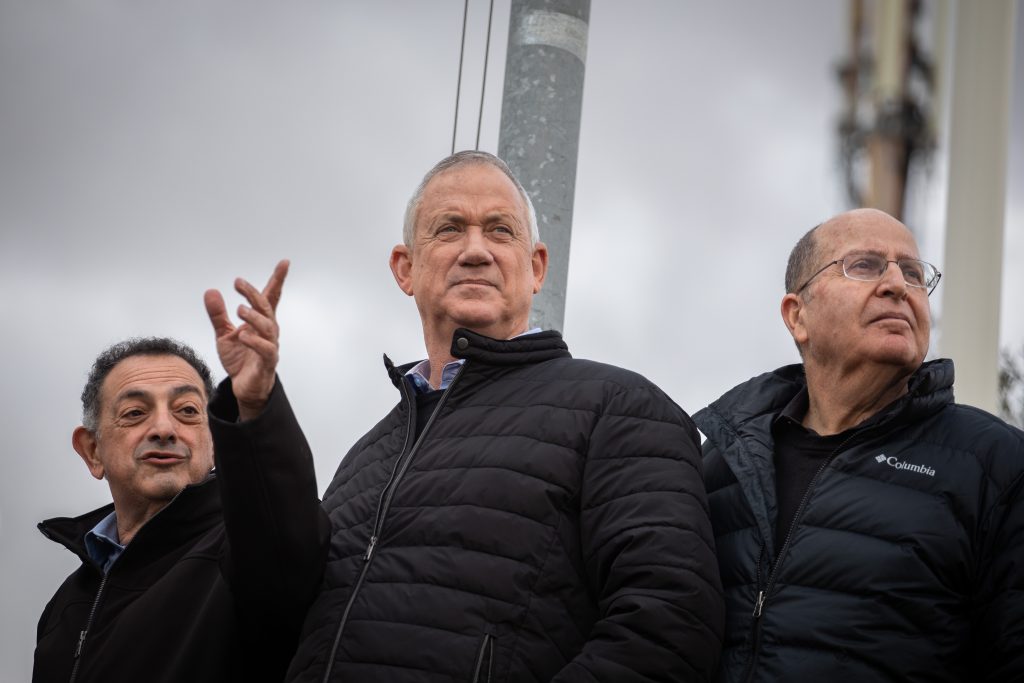 During a visit to the Jordan Valley on Tuesday, which Gantz referred to as “Israel’s eastern protective wall,” he pledged that, if elected, the region, widely recognized as a vital security asset, would remain under Israeli sovereignty in any peace agreement with the Palestinians.

PM Netanyahu lost no time in pouncing on Gantz’s remarks. Suggesting that he not wait until after the election, he ought to commit to voting for the measure if it is brought before the Knesset for a vote in the coming weeks.

“Benny Gantz, I expect an answer by the end of the day…unless Joint Arab List Chairman Ahmad Tibi vetoes the move,” the PM said.

It was a sharp turning of the tables, after Blue and White MKs had derided the prime minister’s promise to annex the region during the last election campaign, saying if he were serious about it, he could have done so years ago.

Gantz retorted in a tweet: “Try for once not to lie and here’s a tip — you can apply Israeli law in the Jordan Valley in a cabinet decision within two hours, without any Knesset discussion. Let’s see you.”

Netanyahu again: “Benny Gantz, I am happy you have finally decided to support my initiative to apply Israeli law in the Jordan Valley and northern Dead Sea. I expect full support by you and Blue and White for this historic move. Very soon I will put you to that test.”

Gantz’s statement on Tuesday, interpreted by many as a bid to attract voters from the Likud-led right wing, was met with scorn from that side of the political divide.

Yesha council leader and Jordan Valley Regional Council chairman David Elhyani was scathing in his criticism of Gantz’s proviso that the decision should not be unilateral, but in “coordination with the international community.”

“There’s no such thing as enacting sovereignty in coordination with the international community,” Elhyani said, pointing out that they are against it.

“This is a declaration empty of meaning,” Elhayani concluded.

Gantz took flak from the left as well, as Meretz chairman Nitzan Horowitz said that “this makes clear that center-left voters have nothing to look for in Blue and White.” Meretz and its current electoral partners, Labor-Gesher, are opposed to the annexation proposal.

Joint List leader Ayman Odeh dismissed it as “a pathetic attempt to gather a few votes on the right,” and said that annexing the Jordan Valley would “destroy any chance of democracy and peace.”

Peace Now fired its own volley on the Valley issue: “Gantz, it’s time to stop lying to the public. Annexation of the Jordan Valley represents the opposite of peace and security. It stands to damage our relations with Jordan and Egypt, and eliminates even the slightest hope for a future agreement with the Palestinians. This is aמ irresponsible election declaration which ignites a dangerous concept opposed by the international community.

“It would be preferable for Blue and White to offer an alternative to replace the right and the way it handles the conflict, rather than offer more of the same.”