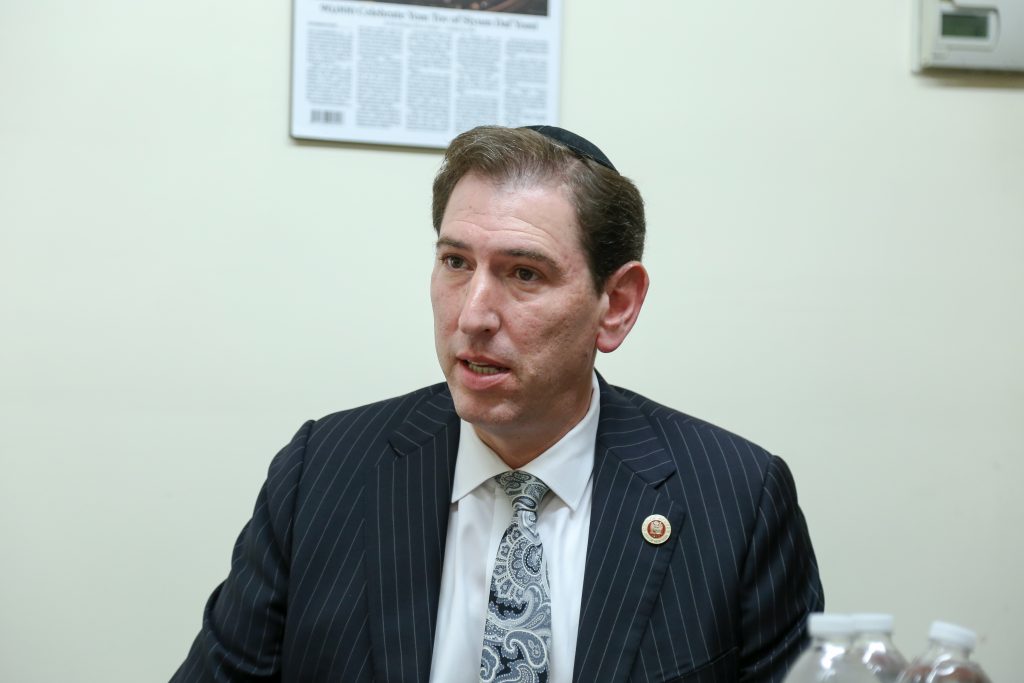 Deutsch filed a statement of candidacy Tuesday with the Federal Election Commission. His official campaign committee will be called “Chaim for Congress.”

Later Tuesday, Deutsch released a statement announcing his candidacy, saying, “Public service is in my blood – it is how I was raised and it is how I have lived my life. For the past six years, it has been my honor to represent the 48th district in the City Council, one of the most diverse districts in NYC, advocating for my constituents every single day. It is with this same spirit & passion that I pursue this new opportunity in Congress. I am proud to live and raise my family in NY-9, and I believe every one of my neighbors deserve a tireless advocate on their behalf.”

The 9th District runs from Sheepshead Bay and Midwood, up into Crown Heights and Park Slope.

Deutsch is one of several Democrats who will try to unseat Clark in the 2020 primary, scheduled for June 23, including Adem Bunkeddeko, Lutchi Gayot, Alexander Hubbard and Isiah James. Clark has served in Congress since 2007.

In 2018, Clarke fended off a strong primary challenge from Bunkeddeko, winning less than 52% of the vote. In the general election, she trounced Gayot, then running as a Republican, winning over 89% of the vote.

Deutsch’s City Council district includes portions of Midwood, Homecrest, Sheepshead Bay, Manhattan Beach and Brighton Beach. His term is scheduled to end in 2021, when term limits will prohibit him from running for that seat again.