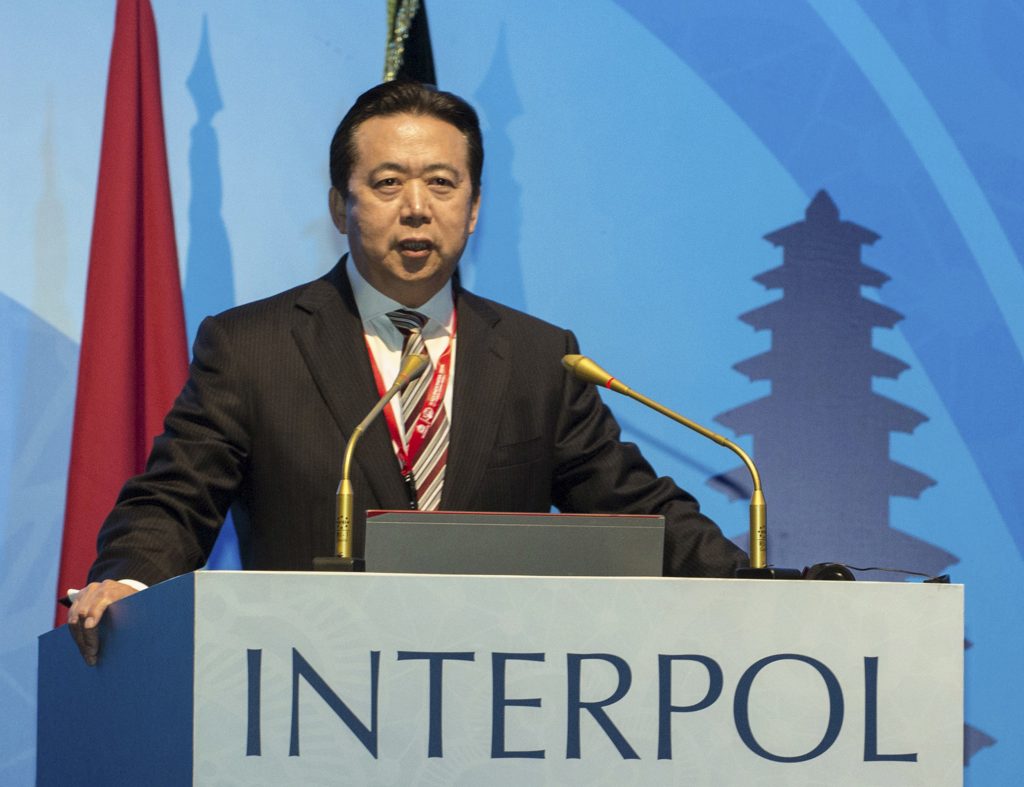 China has sentenced the former president of Interpol, Meng Hongwei, to 13 years and six months in prison on charges of accepting more than $2 million in bribes.

Meng was elected president of the international police organization in 2016, but his four-year term was cut short when he vanished after traveling to China from France in late 2018.

Interpol was not informed and was forced to make a formal request to China for information about Meng’s whereabouts amid suspicion he had fallen out of political favor with Chinese President Xi Jinping.

Meng’s wife, who remains in France with their two children, has accused Chinese authorities of lying and questioned whether her husband was still alive.

Grace Meng is now suing Interpol, accusing it of failing to protect him from arrest in China and failing to look after his family. Meng’s lawyers last year filed a legal complaint in the Permanent Court of Arbitration in The Hague, Netherlands.

In a statement sent to The Associated Press, she said Interpol “breached its obligations owed to my family” and “is complicit in the internationally wrongful acts of its member country, China.”

A statement Tuesday from the No. 1 Intermediary Court in the northern city of Tianjin said Meng accepted the verdict and would not appeal. In addition to his prison sentence, he was fined 2 million yuan ($290.000).

It said Meng, 66, admitted he abused his position to accept 14.4 million yuan ($2.1 million) in bribes while serving in various offices, including as a vice minister of public security and maritime police chief, often in exchange for favors and using his influence with other officials.

Meng has already been fired from his positions and expelled from the Communist Party. The relatively light sentence was likely a result of what the court called his cooperative attitude and willingness to admit to and shore remorse for his crimes.

While serving at Interpol, Meng retained his title as China’s vice minister of public security. It was not clear when or how he had crossed Xi, who has leveraged a wide-ranging campaign against corruption at all levels to eliminate or intimidate political rivals.

As a long-serving vice minister of public security, Meng served for a time under Zhou Yongkang, the former security chief who was sentenced to life in prison, becoming the most powerful figure to fall in Xi’s anti-graft campaign.