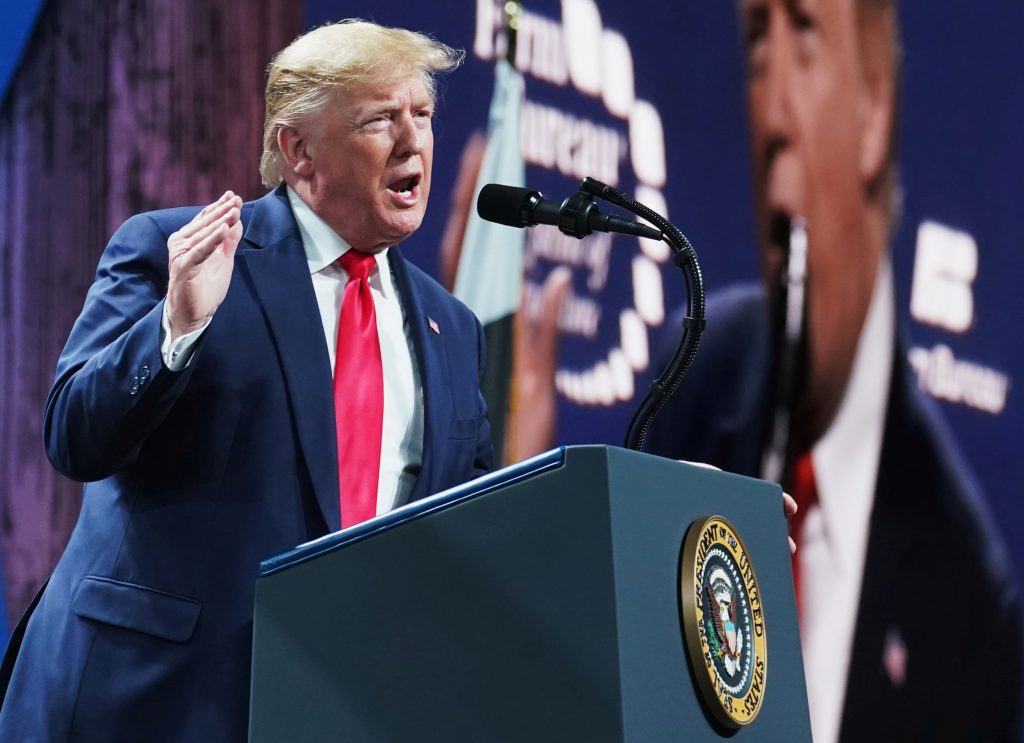 After refusing to cooperate with the Democratic Party-led impeachment probe in the House of Representatives, President Donald Trump will on Monday offer his first comprehensive defense, before his trial begins in earnest in the Senate.

Trump, only the fourth of 45 American presidents to face the possibility of being ousted by impeachment, has to meet a noon deadline to submit his written defense. He is charged with abusing the powers of his office by asking Ukraine to investigate a Democratic political rival, Joe Biden, and obstructing a congressional inquiry into his conduct.

“This is a brazen and unlawful attempt to overturn the results of the 2016 election and interfere with the 2020 election – now just months away,” Trump‘s lawyers argued in a six-page initial response to the charges on Saturday.

Senior administration officials said Monday’s document will offer a more detailed and aggressive defense in arguing that Trump is innocent of the charges and should not be removed from office, as Democrats are demanding.

While the Republican-controlled Senate is highly unlikely to remove Trump from office, it is important for the Republican president to diminish the Democratic accusations as a partisan witch hunt. He needs to limit the political damage to his re-election bid as he seeks a second term in November.

Trump‘s legal team says he was well within his constitutional authority to press Ukraine President Volodymyr Zelenskiy last year to investigate Biden and his son Hunter as part of what Trump says was an anti-corruption drive. The Bidens deny any wrongdoing and Trump‘s allegations have been widely debunked.

Democrats say Trump abused his power by withholding U.S. military assistance to Ukraine as part of a pressure campaign and obstructed Congress by refusing to hand over documents and barring administration officials from testifying, even when subpoenaed by House investigators.

Trump‘s team says he is protected by the U.S. Constitution’s separation of powers provisions.

In a 111-page document filed before the Senate trial begins in earnest on Tuesday, Democratic lawmakers laid out their arguments against Trump, saying the president must be removed from office to protect national security and preserve the country’s system of government.

Seeking to show he is still conducting presidential business despite the trial, Trump is scheduled to depart late on Monday for Davos, Switzerland, to join global leaders at the World Economic Forum. Some advisers had argued against him making the trip.