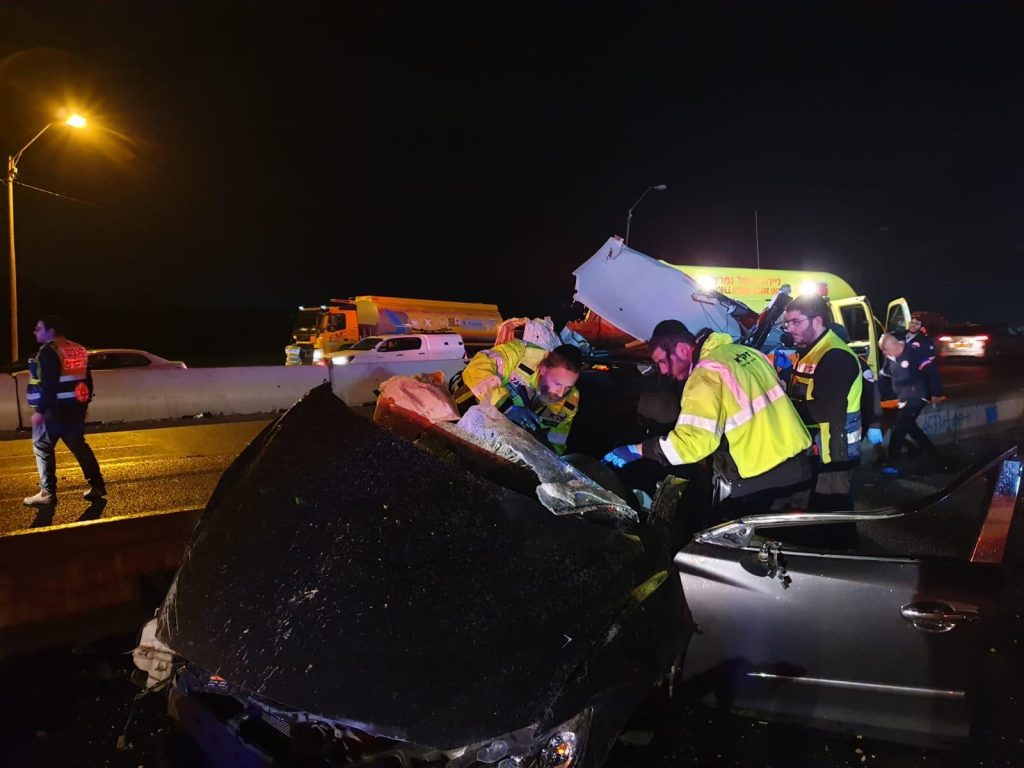 Seven people have been killed in road accidents in the 72 hours prior to Monday morning, three of them within just a couple of hours of each other, as heavy rain pounded the north and center of the country. The latest victim was a 65-year-old taxi driver whose vehicle overturned on the Ayalon Expressway, right next to the Hashalom exit, one of the busiest intersections in the country.

Dozens of less serious accidents were reported, and numerous roads were closed as floodwaters inundated roads. One particularly serious closure was in Bnei Brak, where two lanes of Jabotinsky Street were closed to traffic for several hours because of flooding. Traffic snarled through the one open lane, causing major backups in Bnei Brak, Ramat Gan and as far away as Tel Aviv.

And drivers may have a lot more on their hands soon. Rain is expected to continue through Tuesday, with temperatures plummeting – along with the possibility of hail or frozen rain in the center of the country, forecasters said, as well as icy roads. Flooding will remain an issue. Wednesday and Thursday will provide a bit of a respite, but rains will strengthen Thursday night into Friday – except that with the far colder temperatures, some areas could see snowfall.