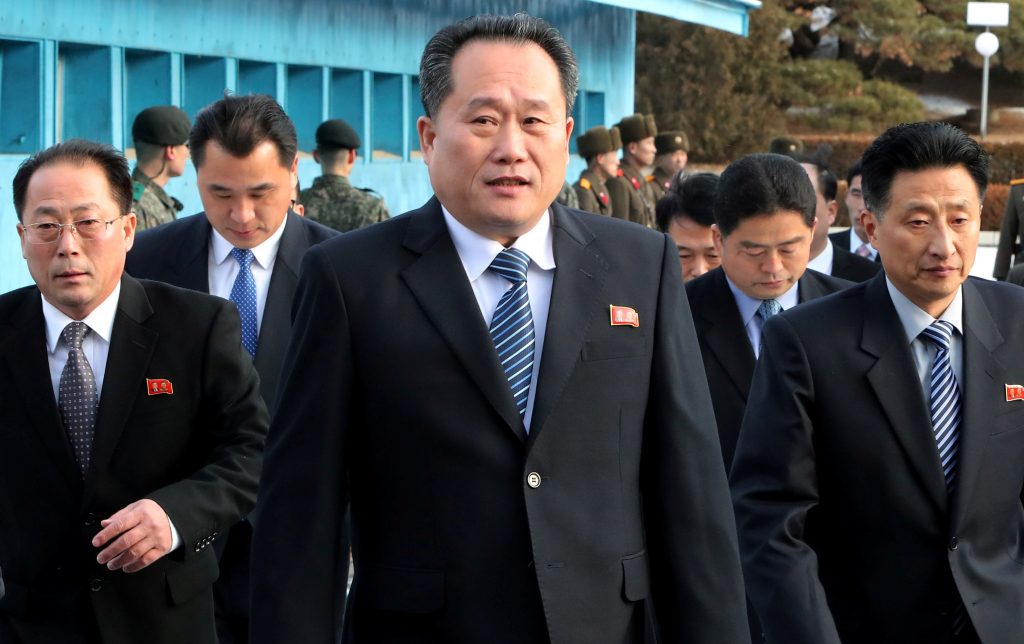 He replaces Ri Yong Ho, a career diplomat with years of experience negotiating with Washington, but who often took a backseat to other officials during the last two years of diplomacy.

Analysts said it was too soon to tell exactly what impact the appointment may have for the stalled denuclearization talks with the United States, but said Ri Son Gwon had often played a confrontational role in negotiations with South Korea.

Unlike his predecessor, Ri Son Gwon does not have any experience in dealing with nuclear issues or U.S. officials, though he has led high-level talks between the neighbors.

Previously chairman of the Committee for the Peaceful Reunification of the Country (CPRC), which handles relations with South Korea, Ri is the latest military official to be promoted to the party leadership.

“There has been a demonstrative crossover dynamic in which senior military officials migrate into the party leadership,” said Michael Madden, a North Korea leadership expert at the Stimson Center, a U.S. think tank.

As the young North Korean leader oversaw a number of short-range ballistic missile launches in the past year, the number of military and arms industry officials appearing in public with Kim Jong Un has increased sharply.

Ri had largely stayed out of the public eye since talks with South Korea stalled last year. But in April he was named to the foreign affairs panel of the Supreme People’s Assembly, the country’s parliament, and was most recently seen at a meeting of the party’s policy-making central committee in December.

A tough, hawkish negotiator, Ri “stormed out of the room” during military talks with South Korea in 2014 when Seoul demanded an apology for what it saw as the North’s past military provocations, a former South Korean official who met him said.

Ri was also known as a right-hand man of Kim Yong Chol, another former military leader who took up a top party post before steering nuclear talks with the United States.

But Kim Yong Chol seemed to retain influence behind the scenes, while the role of Ri Yong Ho gradually withered, as working-level talks with the United States also collapsed in October and Washington ignored a year-end deadline to resume negotiations.

Ri Yong Ho’s absence from a group photograph of top party executives at the December meeting prompted speculation about his future.

“Ri Yong Ho is the official who was effectively sidelined after the Hanoi meetings and was removed from office because the interlocutors selected by the Foreign Ministry appeared not to accomplish anything,” Madden said.

As Ri Son Gwon becomes foreign minister, deputy Choe is expected to retain an influential position, thanks in part to her family background and personal rapport with an inner circle of people close to Kim Jong Un, including his sister and wife, diplomatic sources say.

“What’s most important is what Kim Jong Un thinks, and he needs someone he can trust to speak for him, whether it be Ri Son Gwon or Choe Son Hui,” said Kim Hong-kyun, a former South Korean nuclear negotiator.