Israel Likudniks: Edelstein ‘Is Finished in This Party’
Israel 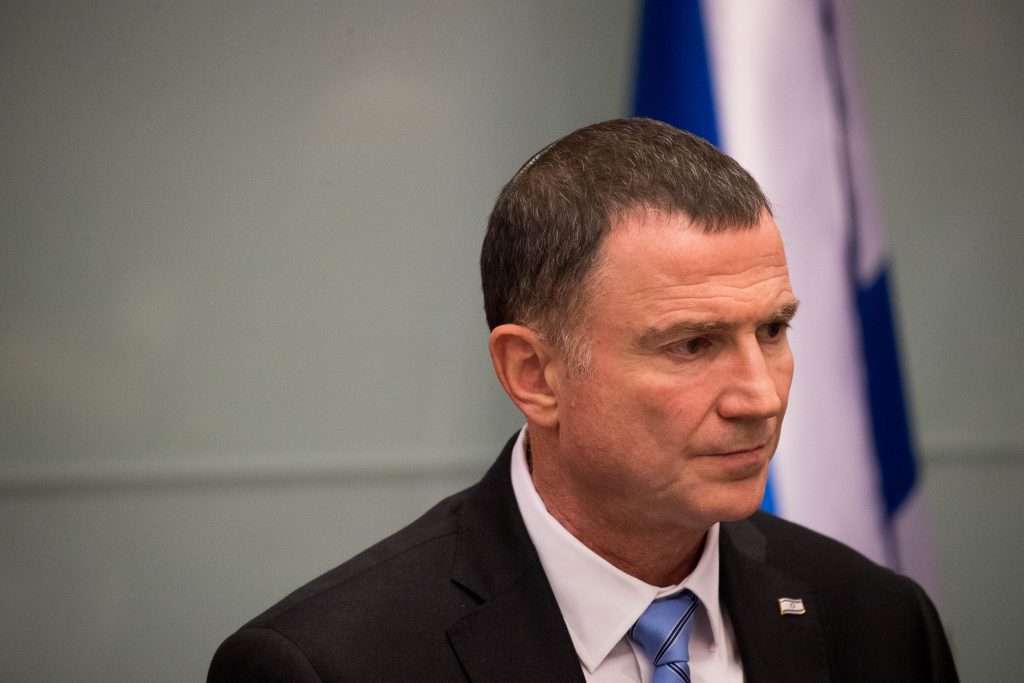 Yuli Edelstein is either a naïve soul who “fell into a trap set by Blue and White,” or is actively working with the left to remove Prime Minister Binyamin Netanyahu from office. Either way, sources in the Likud told various media outlets Monday, Edelstein is “finished” in the party.

On Sunday night, Edelstein, Speaker of the Knesset, announced he would call a session of the disbanded Knesset next week to choose a panel to hear Netanyahu’s request for immunity. As the Likud and its rightwing and chareidi allies are in the minority, it’s likely that the panel selected will be one that is unlikely to grant Netanyahu his request. Netanyahu, according to reports, had hoped to hold off the establishment of the panel until after the March elections, in the hope that he will be in a better electoral position to get the request granted.

Likud senior MK Tzachi Hanegbi told Army Radio that he believed Edelstein was mistaken when he said Sunday night that procedurally he had no choice but to call the Knesset session, because it was “the will of the majority.” Hanegbi quoted Edelstein himself as previously saying that “the entire process is ‘tainted,’ since it is only being done for political purposes and essentially overrides the law. So there is a contradiction between what he said he believed and what he is doing.” Edelstein, he said, has fallen into a “trap” that will end up politicizing the Knesset and establishing a precedent that will not be beneficial to the country.

A senior Likud official speaking to Channel 12 was not as generous. “With this act Edelstein has essentially joined the left in its efforts to remove Netanyahu.” If the Likud wins the election, “he will no longer be speaker of the Knesset, and he will certainly not be a candidate for president,” an office Edelstein is said to be interested in.

“Edelstein thinks our threats are just talk, but he is going to quickly discover that his decision will come with a price. Likud members don’t like what he is doing, and when he runs in the next primary he can expect to sink on the list, as he will have far fewer supporters,” the official added.

Likud whip MK Miki Zohar said Monday that he was “saddened” by the decision. “I expected him to act in line with the speech he made just last week,” in which Edelstein said that he would not recall the Knesset, despite the pressure on him to do so, because the law did not provide for it. “What’s sad is that his efforts to do things properly are just another tool in the shameful ‘anybody but Netanyahu’ campaign our opponents are running. With this action he is turning the Knesset into a political circus. I call on Edelstein to change his mind – it’s not too late,” Zohar added.