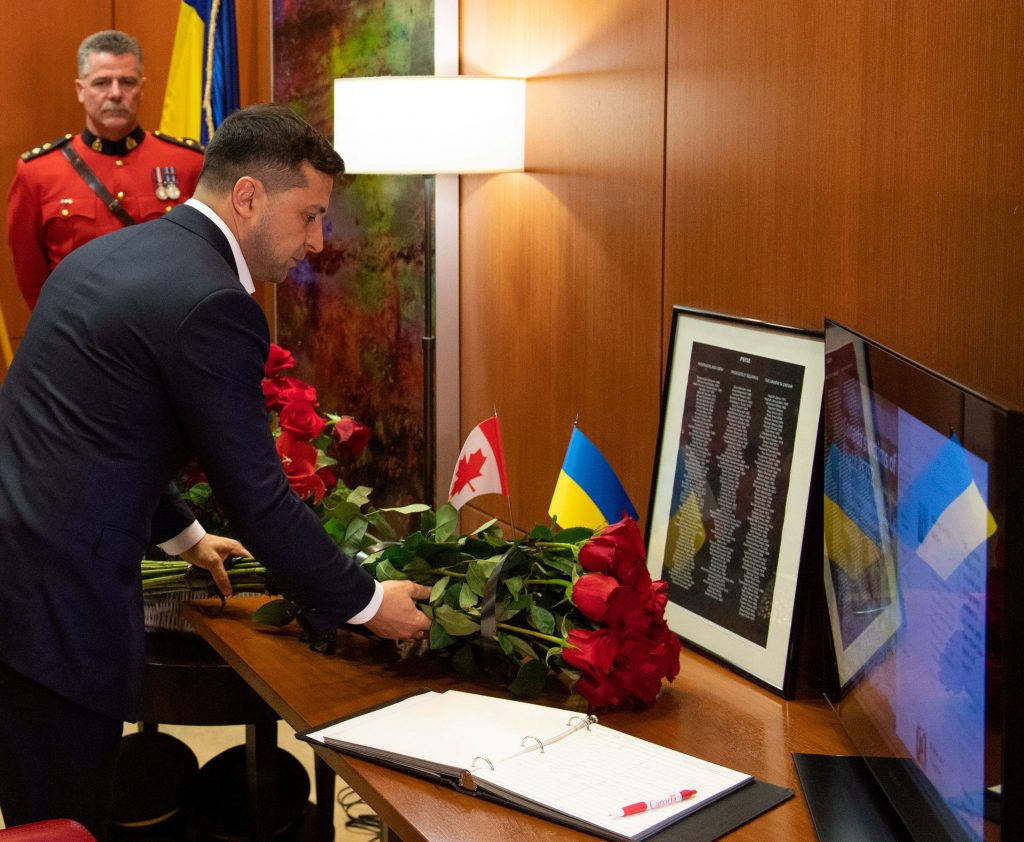 Ukraine’s President Volodymyr Zelensky announced his plan to attend the Holocaust conference in Yerushalayim this week, ending uncertainty over his visit due to the airline disaster in Iran.

Zelensky told The Times of Israel that he delayed confirmation of the trip until the finalization of the return by Iran to Kiev of the bodies of Ukrainians killed when Iran shot down a Ukrainian airliner on January 8.

There was speculation that Zelensky was thinking of skipping the gathering as a protest over not being invited to speak, as Polish President Andrzej Duda has done. Zelensky said, however, that such was not the case, and only the airline affair had been at issue.

Nevertheless, Zelensky did say he thought it would be “fair” for the president of Ukraine to be asked to speak at the event. “The statistical information that we have shows that one in four of the Jews who were killed in the Holocaust were Ukrainian,” he noted.

But “the most important thing for each country is to honor the memory of its Holocaust victims. It’s very important to go, whether we [leaders] speak or not,” he said. “I know the Israeli side has a different format; we were not invited to speak. But in any case, I will attend this ceremony.”

He also indicated that the visit might advance the opening of a promised business office in the capital. “This is being discussed right now,” he said. “Perhaps when I am in Jerusalem,” the Times quoted him as saying.