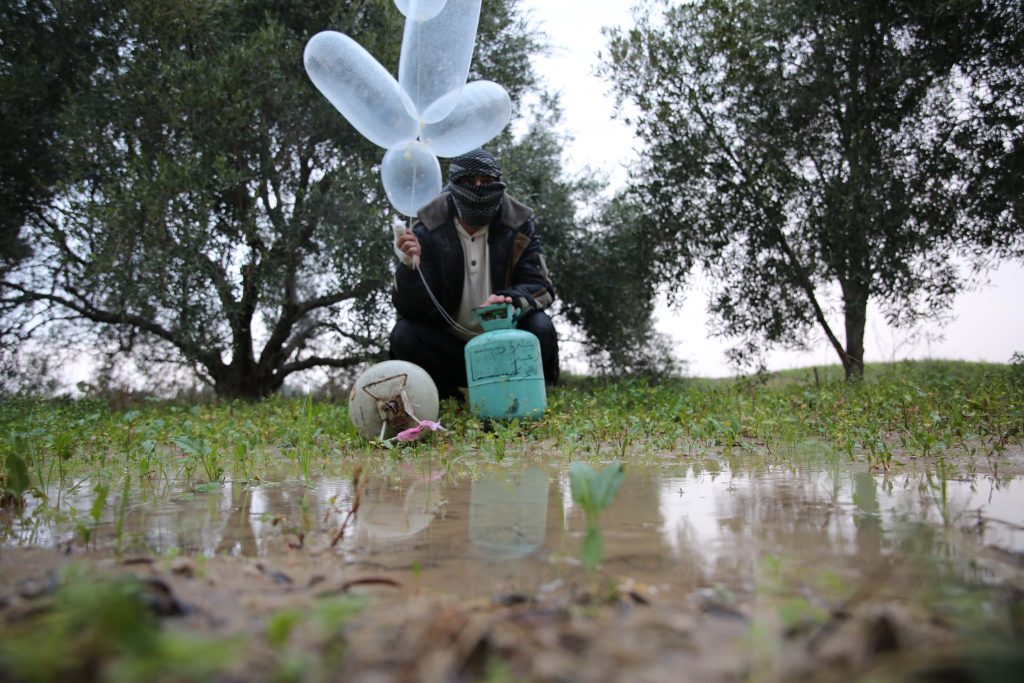 In another sign that tensions with Gaza are on the upswing, Hamas announced that beginning Sunday night it would redeploy its “confusion units,” groups that play loud music and shine lights along the Gaza border in order to interfere with the sleep of Israelis who live in the area. Hamas has used the groups before, but halted their activities after IDF action.

Over the weekend, Gaza terrorists released several volleys of terror balloons, sending them over the Gaza security fence into Israel. One bunch of balloons landed in the backyard of a house in Sderot. Bomb squad officers arrived to defuse explosives that were attached to the balloons. In several cases, bunches of balloons exploded in mid-air when their payloads were set off by wind or other atmospheric factors. Balloon launches continued Saturday night, with a bunch exploding in the air near Netivot early Sunday.

Last Wednesday, Gaza terrorists fired four rockets at southern Israel. Israeli security officials attributed the firing of those rockets to rogue terrorists who acted without direction from commanders in Hamas or Islamic Jihad, but a report in a Lebanese newspaper Thursday said that Gaza terror groups had decided to restart their attacks on Israel, after a hiatus of over a month.

The report in the Lebanese al-Ahbar newspaper said that Hamas and Islamic Jihad had decided to step up their attacks in order to pressure Israel, which they believe has been dragging its feet on a deal for a long-term ceasefire. Under that deal, Israel will issue thousands of work permits to Gaza residents, ease restrictions on imports to Gaza, and help develop infrastructure. Hamas will prevent rocket attacks on southern Israel and limit riots along the Gaza border fence. That latter condition has already been fulfilled, with the terror group holding demonstrations on a monthly instead of a weekly basis.