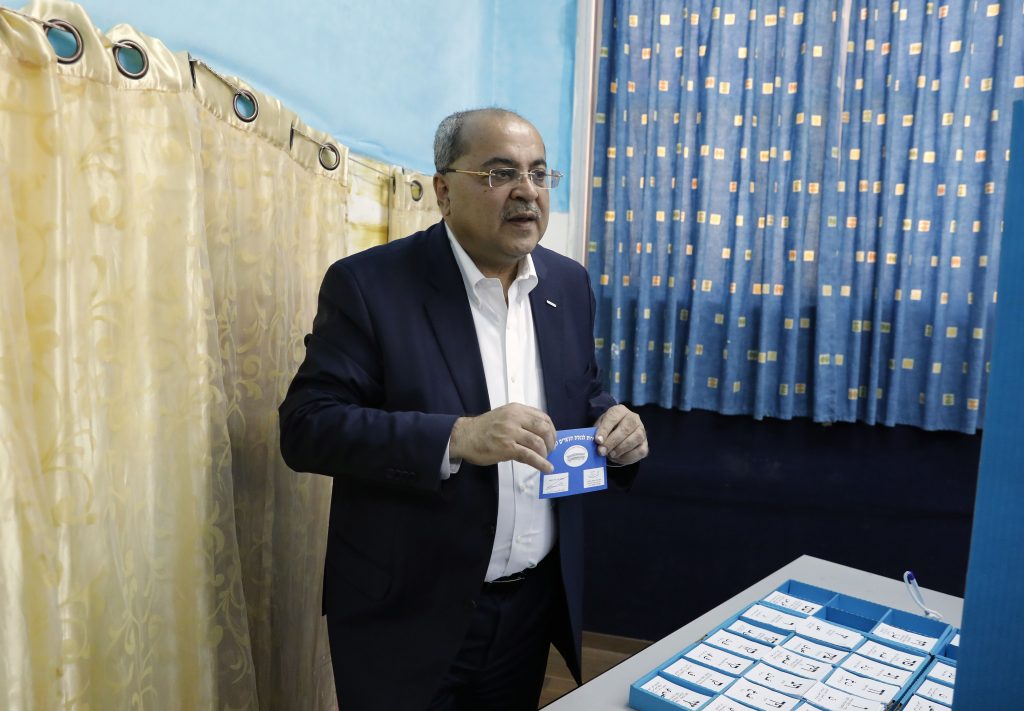 Blue and White will join the Likud in demanding that the Central Elections Committee ban United Arab List MK Hiba Yazbak from running for the Knesset, on the grounds that she supports terror “on a systematic basis,” the Likud said. Yisrael Beytenu will also support the demand.

The petition to ban Yazbak will be filed by MK Ofir Katz of the Likud. According to the petition, Yazbak “consistently supports terrorists and spies who have committed terrible acts against Israel and its residents. There is no place in the Knesset for someone who supports terrorists who commit horrible acts against Israelis, who shoot at innocent people. We have a moral obligation to remove Yazbak from the list and not to allow people like this to represent Israel.”

Also on the ban list is a party started by Larissa Trimbobler, the wife of Yigal Amir, murderer of Yitzchak Rabin. MK Itzik Shmuely (Labor) said Motzoei Shabbos that he planned to seek the removal of the party from the ballots in the upcoming March election. “20 years after a law was passed banning anything having to do with Yigal Amir from the public square, his wife has established a list dedicated to freeing him from prison. We cannot allow this attempt to stain the Knesset. I intend to ask the Commission to ban her party from running,” Shmuli said.

Speaking to Yisrael Hayom Sunday, a UAL official slammed Blue and White for planning to support the ejection of Yazbak. “They are trying to move to the right to pick up votes, but they will not do this at our expense,” the source said. Blue and White head Benny Gantz “thinks we are in his pocket and will support his government no matter what, but he is sorely mistaken.”