Regional ICE Ups Ante in Standoff With NYC: ‘This Is Not a Request — It’s a Demand’
Regional 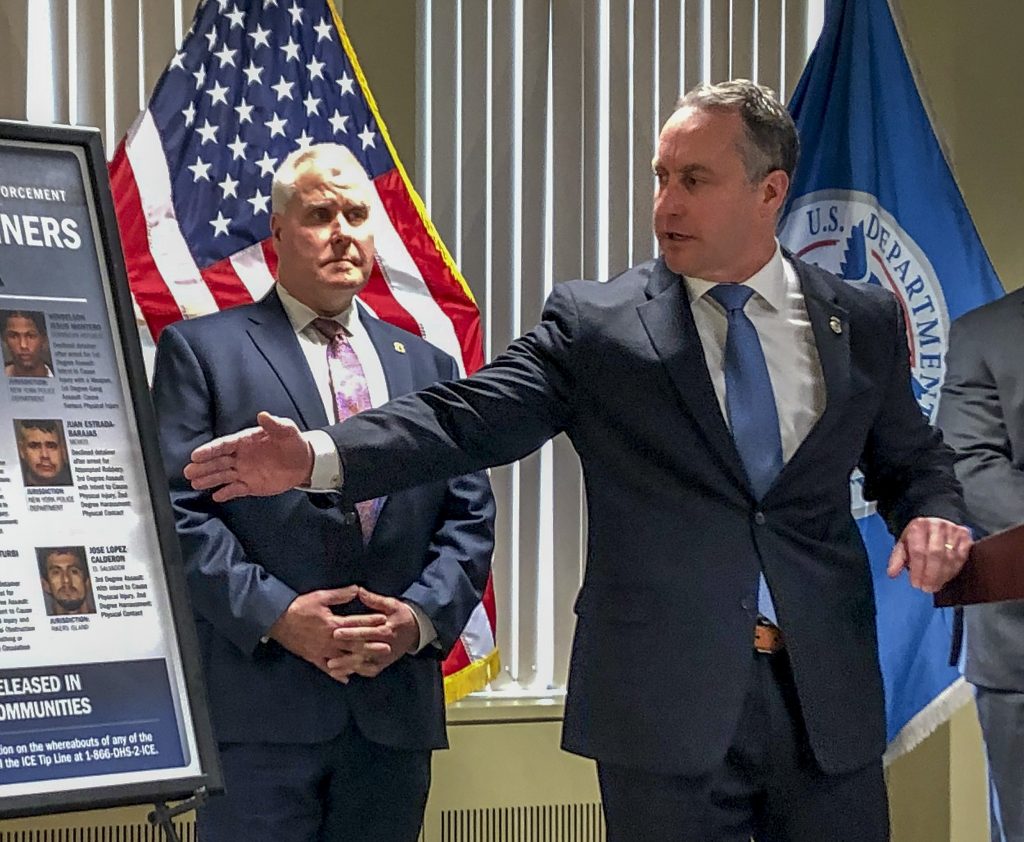 Federal authorities are turning to a new tactic in the escalating conflict over New York City’s so-called sanctuary policies, issuing four “immigration subpoenas” to the city for information about inmates wanted for deportation.

“This is not a request — it’s a demand,” Henry Lucero, a senior U.S. Immigration and Customs Enforcement official, told The Associated Press. “This is a last resort for us. Dangerous criminals are being released every single day in New York.”

“New York City will not change the policies that have made us the safest big city in America,” spokeswoman Freddi Goldstein said in an email.

The development comes days after ICE sent similar subpoenas to the city of Denver, a move that reflected the agency’s mounting frustration with jurisdictions that do not honor deportation “detainers” or provide any details about defendants going in and out of local custody.

The subpoenas sent to New York seek information about three inmates — including a man wanted for homicide in El Salvador — who were recently released despite immigration officials requesting the city turn them over for deportation.

The fourth subpoena asks for information about a Guyanese man charged this month with killing Maria Fuertas, a 92-year-old Queens woman.

That case became a flashpoint in the conflict after ICE officials said the city had released the woman’s alleged attacker, Reeaz Khan, 21, on earlier assault charges rather than turn him over for deportation. Khan was charged with murder Jan. 10 and remains in custody.

New York City police say they didn’t receive a detainer request for Khan, though ICE insists it was sent. Either way, the city would not have turned him over under the terms of New York’s local ordinance governing how police work with immigration officials.

Hours before the subpoenas were issued on Friday, the acting ICE director Matthew Albence told a news conference in Manhattan that city leaders had blood on their hands in Fuertas’ death.

“It is this city’s sanctuary policies that are the sole reason this criminal was allowed to roam the streets freely and end an innocent woman’s life,” Albence said.

Goldstein said in an email Saturday that “the Trump administration’s attempt to exploit this tragedy are absolutely shameful.”

De Blasio has accused ICE of employing “scare tactics” and spreading lies. He said on Twitter this week that the city has passed “common-sense laws about immigration enforcement that have driven crime to record lows.”

City officials in Denver said they would not comply with the requests, saying the subpoenas could be “viewed as an effort to intimidate officers into help enforcing civil immigration law.”

“The documents appear to be a request for information related to alleged violations of civil immigration law,” Chad Sublet, Senior Counsel to the Department of Safety in Denver, wrote in a letter to ICE officials.

But Lucero, ICE’s acting deputy executive associate director for enforcement and removal operations, said the agency may consult with federal prosecutors to obtain a court order compelling the city’s compliance. “A judge can hold them in contempt,” he told The AP.

Meanwhile, ICE is considering expanding its use of immigration subpoenas in other sanctuary jurisdictions.

“Like any law enforcement agency, we are used to modifying our tactics as criminals shift their strategies,” Lucero said in a statement. “But it’s disheartening that we must change our practices and jump through so many hoops with partners who are restricted by sanctuary laws passed by politicians with a dangerous agenda.”