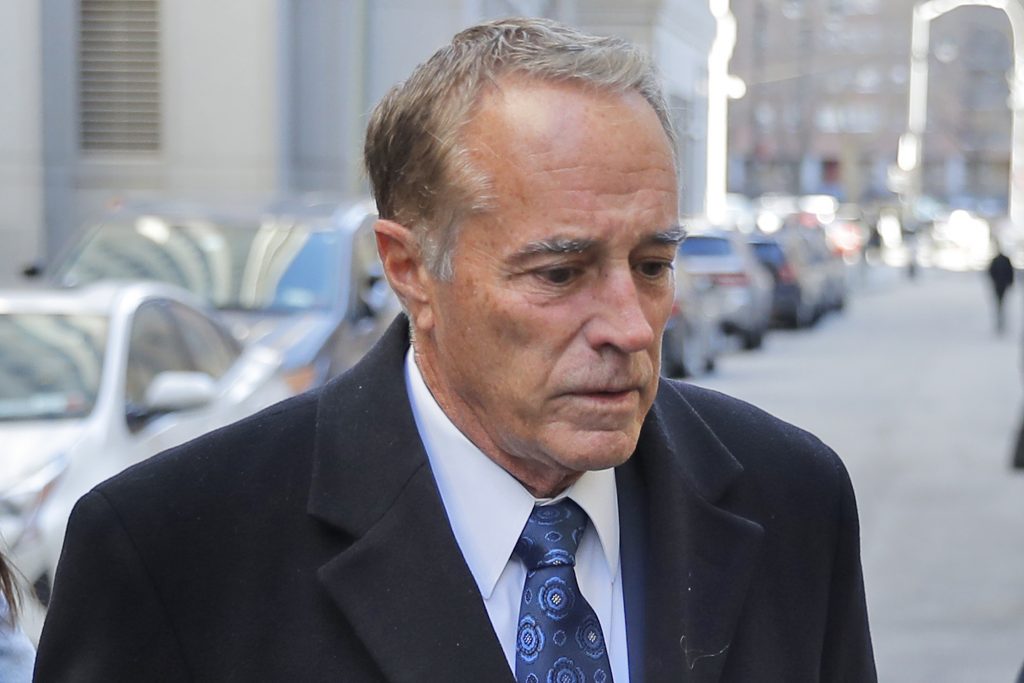 A former congressman from Western New York was sentenced Friday to two years and two months in federal prison after admitting he helped his son and others dodge $800,000 in stock market losses when he learned that a drug trial by a small pharmaceutical company had failed.

Ex-Congressman Christopher Collins, 69, was sentenced by U.S. District Judge Vernon S. Broderick in Manhattan after the Republican pleaded guilty in October to conspiracy to commit securities fraud and lying to law enforcement officials.

Collins broke down and apologized to his family and his former constituents and colleagues.

“I stand here today as a disgraced former member of Congress,” he said. “My life has been shattered.”

The sentence came even after Collins’ lawyers argued he was sorry and should face no prison time in the insider trading case.

Prosecutors, however, argued he should go to prison for nearly five years. They said Collins and his son, Cameron, were worth a total of $35 million when they conspired to sell shares in a pharmaceutical company before devastating news was made public.

The trading, prosecutors said, enabled Cameron Collins and friends to dodge $800,000 in losses.

Collins’ attorneys requested leniency, citing his contrition, advanced age, charitable works and a low chance that he would commit any more crimes.

“This is a sad and tragic day for Chris and his family,” defense attorney Jonathan Barr said. “He stands before you humbled, penitent and remorseful.”

When he spoke Friday, he fought back tears and displayed the Boy Scout’s three-fingered sign, breaking down several times as he spoke about the scout code he violated, including a vow to be trustworthy, and his family.

“I violated my core values and there is no excuse, none whatsoever,” he said, looking at members of the media seated in the jury box during much of his remarks.

Collins had represented western New York since his election to the state’s 27th Congressional District in 2012. He resigned when he decided to plead guilty to a single conspiracy count, leaving the district’s constituents without representation in Congress.