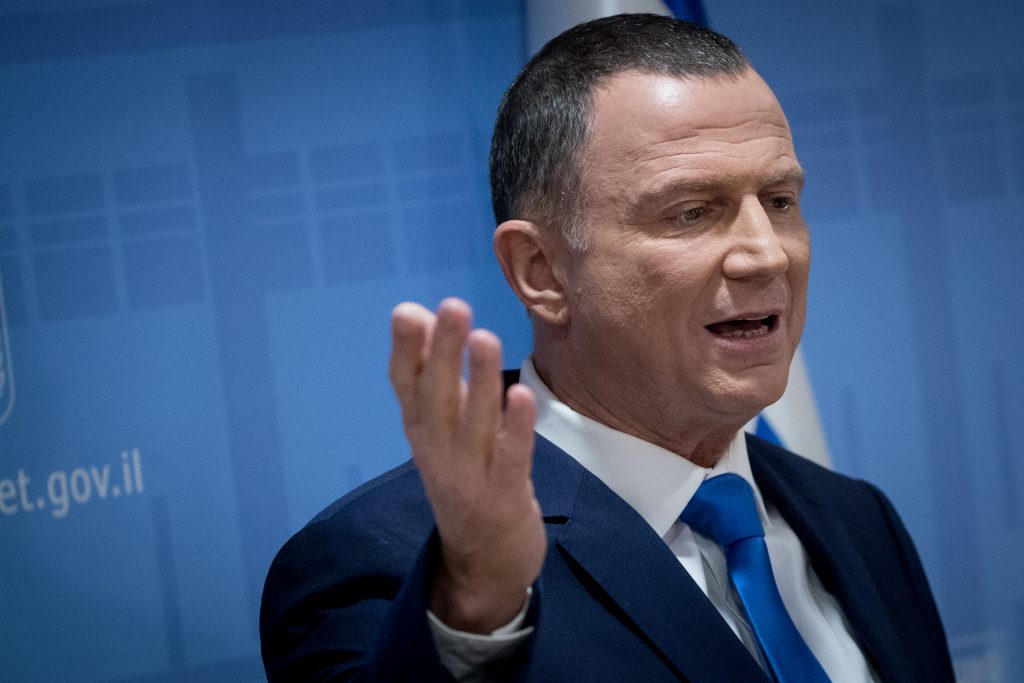 Knesset Speaker Yuli Edelstein said on Sunday he will not interfere with hearings on Prime Minister Binyamin Netanyahu‏‏’s request for parliamentary immunity, in deference to Knesset rules.

The relevant committees will be allowed to deliberate the issue next week, after the Fifth World Holocaust Forum in Yerushalayim, marking the 75th anniversary of the liberation of the Auschwitz death camp.

“Even though I disagree with the position of the Knesset legal adviser, I believe that in order to maintain trust in the institution of Knesset speaker by all the factions, it is important to accept it,” Edelstein said, referring to Eyal Yinon’s opinion that the House Committee can be convened during the interim government in the middle of an election campaign.

“As I said a week ago, the hearing process for the prime minister’s immunity request has been contaminated. The [opposition] parties will turn the Knesset’s House Committee hearings into a political show for the elections, something which cannot be allowed to happen, and they will turn the legislature into a jungle. There was a bitter taste of this at the hearing held by the Arrangements Committee just a few days ago.”

Edelstein explained that the delay during the Holocaust forum is intended to avert embarrassing Israel in front of the whole world:

“This is a very important week for Israel politically, during which dozens of leaders from around the world will visit Israel and the Knesset, and I will not allow [political] scuffles in the Knesset, which would be unacceptable at any time, and which would constitute a disgrace for the legislature.”

“I know what pressures Yuli faced from within his own camp. It was possible to do this early, but I praise Yuli for choosing the right path,” Cohen said in a statement.

“A majority is a majority and it must be respected,” he added.

Cohen’s name was mentioned as a candidate to replace Edelstein if he refused to cooperate.

Meanwhile, trust was in short supply, as Blue and White MK Moshe Yaalon warned on Channel 13 that “if we see him dragging his feet, we’ll need to replace him.”