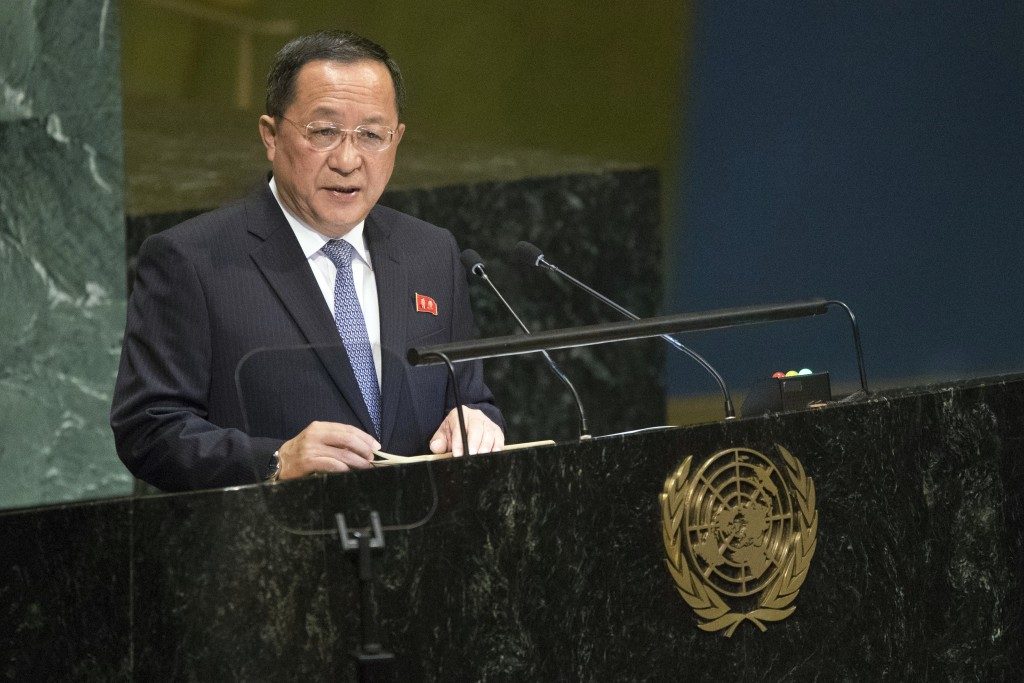 The usually well-informed outlet, citing multiple unnamed sources in Pyongyang, said Ri would be replaced by Ri Son Gwon, the former chairman of the Committee for the Peaceful Reunification of the Country (CPRC), who played a prominent role in inter-Korean talks in early 2018.

North Korea News said the move, of which there has been no mention in official North Korean media, was part of a major political reshuffle that could have a significant impact on the country’s diplomatic stance. The outlet said it would likely be confirmed on or before Thursday, when an event for resident diplomats is scheduled in Pyongyang.

South Korea‘s Unification Ministry, which is in charge of North Korea affairs, has said that any change in Ri’s status should be assessed cautiously.

The U.S. State Department, which has been seeking unsuccessfully to revive talks aimed at persuading North Korea to give up its nuclear weapons, did not immediately respond to a request for comment.

Ri Yong Ho, who was born in 1956, did not attend the annual gathering of world leaders at the United Nations in September. He had attended the high-level meeting in New York for three years from 2016 to 2018.

North Korea News said his absence from a group photo of top ruling party officials at a meeting in January raised speculation that he may have been replaced amid a broader political reshuffle that saw notable promotions and possible demotions of prominent figures in North Korea’s military, Cabinet and more.

South Korea‘s Yonhap news agency cited a source in Beijing as saying that North Korea‘s top envoys to China and the United Nations returned to Pyongyang on Saturday. It said this was spurring speculation that North Korea could review its nuclear negotiating strategy with the United States.

The agency quoted its source as saying that the ambassador to China, Ji Jae-ryong, and the envoy to the United Nations, Kim Song, left for Pyongyang from Beijing Airport in the morning.

It said North Korean ambassadors to Angola and Singapore were also seen at the airport, indicating a possible meeting of North Korea‘s overseas diplomatic mission chiefs in Pyongyang. Some 10 other North Korean diplomats accompanied the top envoys on the flight, Yonhap said.

A fluent English speaker who studied at Pyongyang’s prestigious University of Foreign Languages, Ri Yong Ho has for years held a number of high-level posts dealing with the West.

From 2003 to 2007, he was North Korea’s ambassador in London and served as vice foreign minister, representing North Korea at now-defunct six-party talks on North Korea‘s nuclear program.