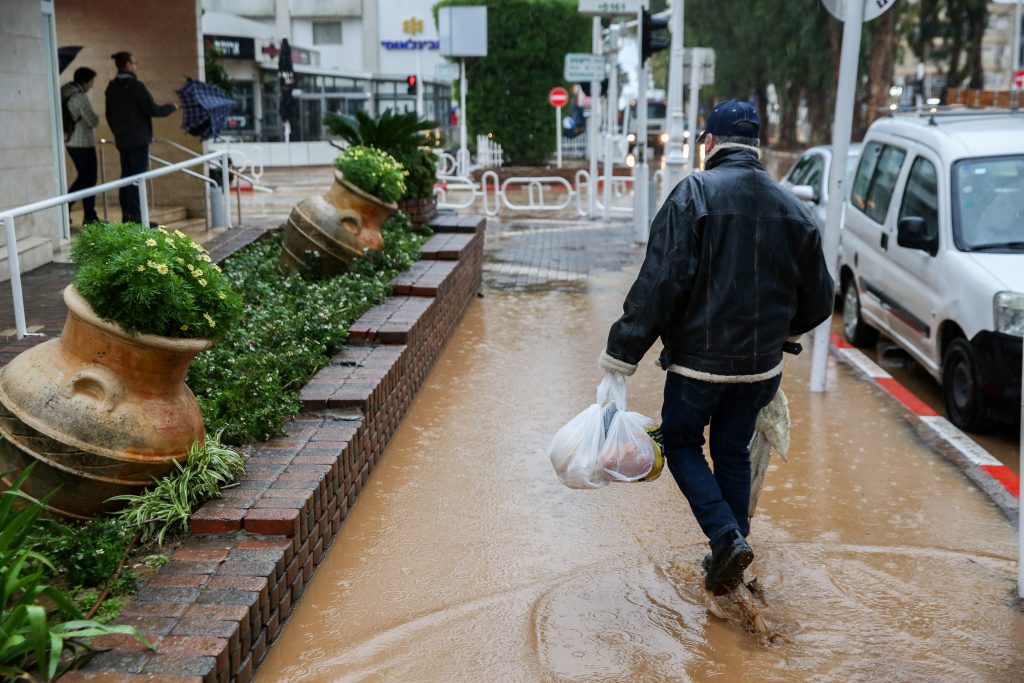 With the advent of the rainy season and the heavy rains that have hit the country, officials are urging Israelis to take greater care when they cross the street. Some 14,000 Israelis were injured between 2009 and 2018 in road accidents on streets and highways that were muddy or wet. A total of 231 people were killed, an average of 23 a year. A total of 960 people were badly injured in accidents with vehicles on wet and muddy roads. The vast majority were pedestrians who were injured as they walked down the street or attempted to cross one.

At least half of those injured in such accidents occurred inside cities, the numbers supplied by the Or Yarok road safety organization indicated. The best way to prevent such accidents, Or Yarok said, was for drivers to slow down on wet or muddy roads, as it was much harder to control a vehicle under those circumstances.

Or Yarok Director Erez Kita said that “drivers need to drive differently on wet roads. They need to take their foot off the gas and be much more aware of the circumstances around them. Government authorities need to ensure that road infrastructure is such that it will not endanger drivers or pedestrians. Roads need to be maintained and cleaned properly, and water needs to be drained. Basic repairs and adjustments will significantly reduce the number of people injured in such accidents and save lives.”