Israel Russian Report: Putin May Bring Yissachar on His Plane to Israel
Israel 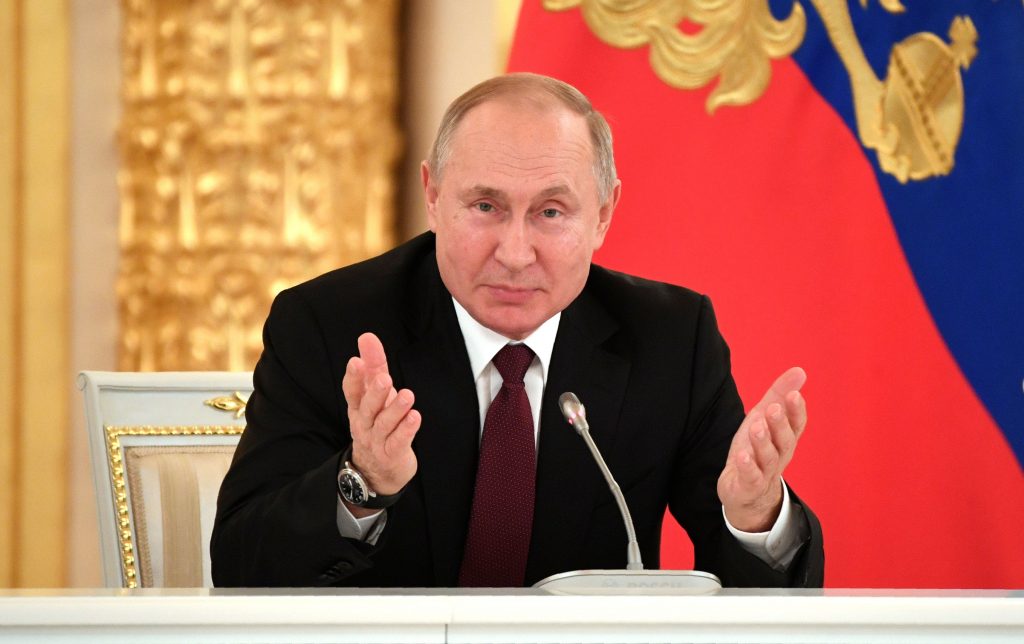 A report Friday said that Russian President Vladimir Putin will leave Israel the same day he arrives – next Thursday – instead of staying overnight and leaving Friday, as originally planned. The report said that Putin will cut his visit short in order to deal with the internal political situation in Russia.

However, Russian media reports said, Putin will not be coming to Israel alone. Yisrael Hayom quoted the reports as saying that Israeli Naama Yissachar will be on the plane, with Putin commuting her sentence.

Speaking on Army Radio Friday, Israel’s former ambassador to Russia Zvi Magen said that he believed Yissachar’s release was imminent. “The arrest and detention of Yissachar was a show trial,” he said. “This has nothing to do with Russian prisoners Israel had been holding, but an effort by Russia to advance its strategic interests. I am optimistic. If there had not been understandings about this with Putin, he would not be coming to Israel for a visit,” Magen added.

Yissachar was several months ago sentenced to seven years in a Russian prison, on what many consider to be trumped-up drug charges. Yissachar was arrested for carrying less than ten grams of cannabis in her luggage, nabbed by Russian police in the international transfer zone at Moscow’s airport en route from India to Israel.

Israeli officials have appealed to Putin to release Yissachar, among them Prime Minister Binyamin Netanyahu, who spoke with Putin on the phone Thursday about a variety of subjects, including Yissachar.

In a statement, Netanyahu’s office said that the discussion “was warm and topical. It also strengthened the Prime Minister’s view that the issue of the freedom of Naama Yissachar is near a solution.” Netanyahu’s comment comes just two days after Russian Foreign Minister Michael Bogdanov said that no deal was in the works for Yissachar’s release.

Earlier this week, Netanyahu wrote to Yissachar, saying that “Israelis are thinking about you. We don’t leave any person to their fate, and that includes you. The state of Israel and myself are investing great resources in efforts to bring you home. We are in touch with your family, and in every conversation with them we stress our commitment to bringing you home as soon as possible.”

Putin will be one of dozens of world leaders attending next week’s event. Along with Putin, world leaders set to participate are French President Emmanuel Macron, President of Germany Frank-Walter Steinmeier, President of Italy Sergio Mattarella, President of Austria Alexander Van der Bellen, Spanish King Felipe VI, Britain’s Prince Charles, and many others. Leaders are expected to begin arriving on January 22, for the event that will take place on the following day.