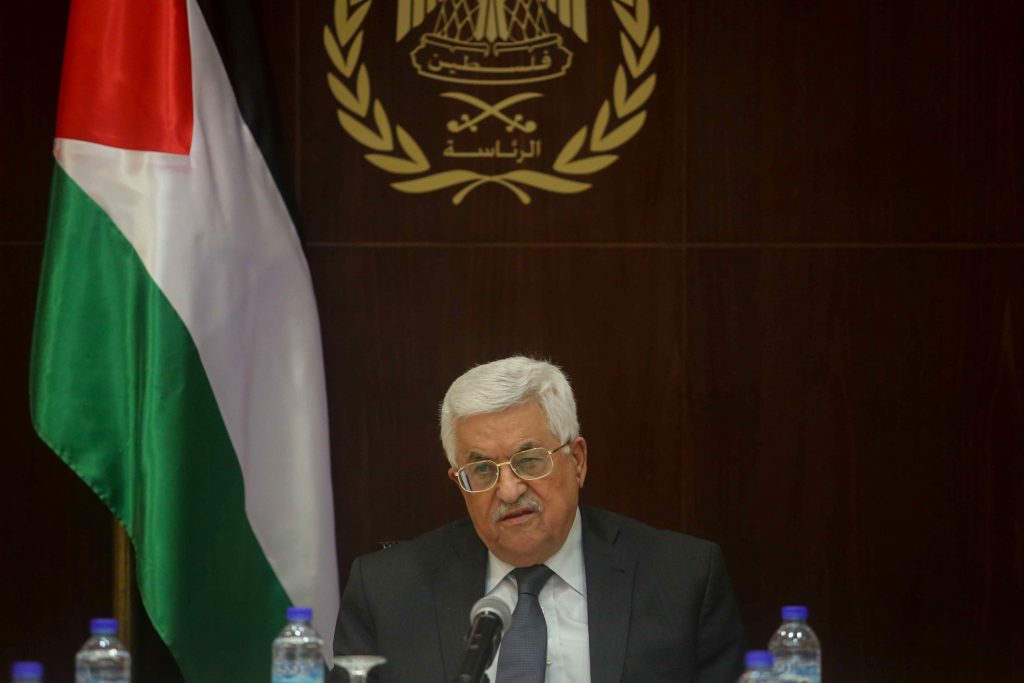 Security officials will be on alert this weekend in order to prevent another embarrassing incident of the type that happened on Wednesday – when Arabs succeeded in draping a giant PLO flag on the walls of Yerushayim’s Old City. The flag was unfurled from the top of the Old City walls next to Sha’ar Shechem (Damascus Gate) and descended to more than half of the distance to the ground. On the flag were the symbol of the Palestine Liberation Organization, and the images of Yasser Arafat and current Palestinian Authority chief Mahmoud Abbas.

The flag-draping joins numerous other “stunts” carried out by PA and PLO activists and terrorists in recent weeks, as the Fatah terror group celebrates its 55th anniversary. Among the activities carried out in Yerushalayim have been marches, several of which deteriorated into riots, and demonstrations outside Jewish areas in eastern Yerushalayim, such as in the Shimon Hatzaddik neighborhood, where Jewish residents reported an increase in attacks by Arabs.

Yerushalayim Mayor Moshe Lion said that “the only sovereignty in Yerushalayim is Israeli sovereignty. I will not allow anyone to violate this. We will stand firm against anyone who tries to do this. Immediately after the flag was hung city inspectors removed it, in cooperation with police.”