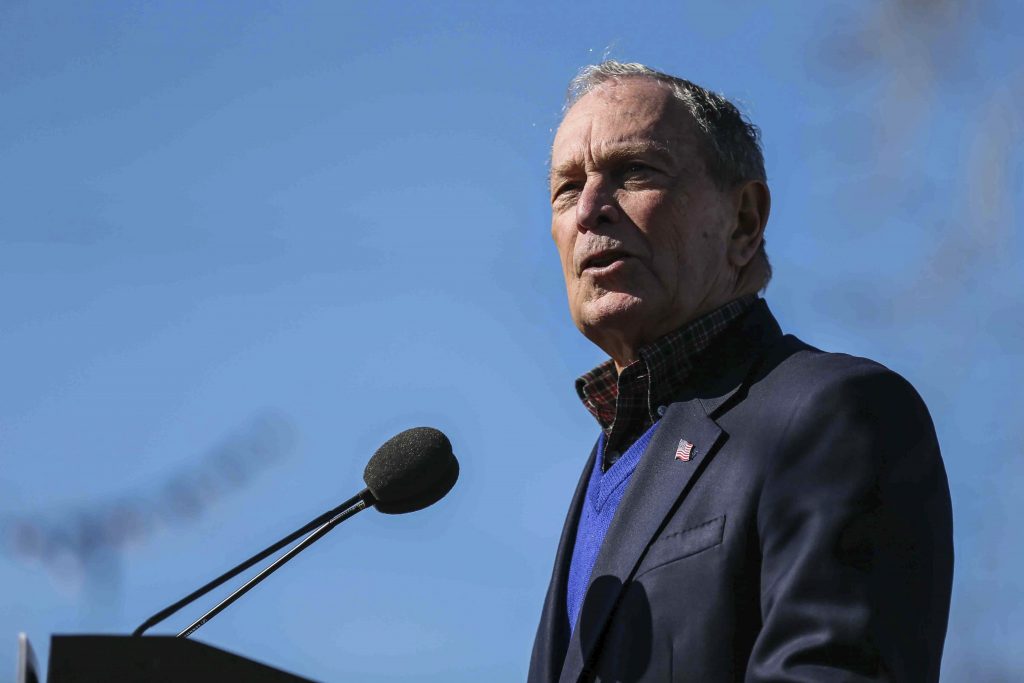 Democratic presidential candidate Michael Bloomberg would push for all new cars to be electric by 2035 and new buildings to produce zero carbon emissions by 2025 as part of clean-energy plans he released this week.

Bloomberg’s latest climate plans build off his December plan to cut the United States’ carbon emissions by 50% by 2030. That’s less ambitious than the Green New Deal that many of his competitors have embraced that calls for achieving net-zero carbon emissions within 10 years. Bloomberg’s plans do not include total costs or specifics on how they would be paid for, details his campaign advisers say they will share later.

The newest plan, released Friday, outlines how Bloomberg would cut down on pollution from cars and trucks, the nation’s biggest source of carbon emissions. While the plan calls for new federal standards requiring all new cars to be electric by 2035, it would require 15% of the nation’s trucks and buses to be pollution-free by 2030. Those are less lofty goals than some of his competitors, including Sens. Bernie Sanders of Vermont and Elizabeth Warren of Massachusetts.

Bloomberg would also spend on high-speed rail, pledging to build an operable segment in the next five years. The United States lags behind Europe and Asia when it comes to high-speed rail, and California’s effort to build the nation’s first major high-speed rail line, between Los Angeles and San Francisco, has been plagued by cost overruns and delays.

A Bloomberg adviser said the plan would be to build a short segment so that Americans can see that high-speed rail is viable before extending it.

Bloomberg’s clean-building plan calls for retrofitting homes to make them more efficient and offering rebates, tax credits and other ways to help people pay for increasing insulation and trading in boilers, heaters and other appliances that run on oil and gas. His plan would offer more federal dollars to cities and states that require owners of large buildings to reduce their pollution.

He would require that new buildings emit net-zero carbon emissions by 2025.

Larry Goldenhersh, president of the nonprofit Center for Sustainable Energy, praised the clean-building plan’s “sense of urgency” and its focus on making new technology accessible to low- and middle-income people. He also praised Bloomberg’s focus on expanding research and development and use of data to inform the plan. Goldenhersh said any sustainable-energy plans also need to use data to figure out how to educate consumers about available cost-saving options so that people actually take advantage of them.

Bloomberg has invested hundreds of millions of dollars of his personal fortune in fighting climate change, including a program by the Sierra Club aimed at closing coal-fired power plants. But some environmental groups have argued that Bloomberg hasn’t embraced aggressive-enough programs.