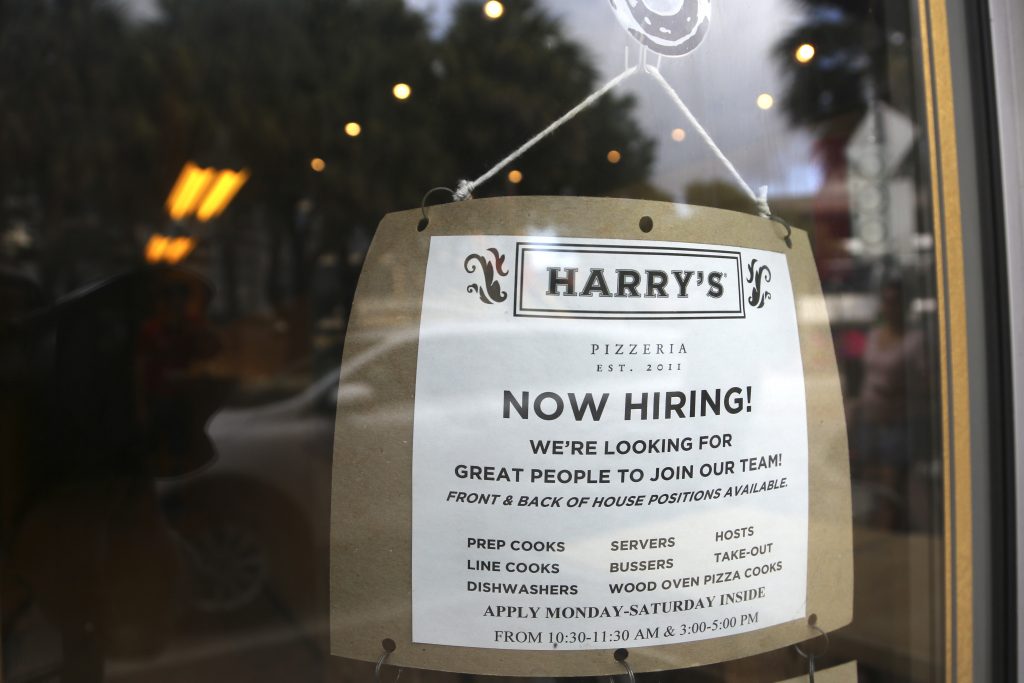 The number of available jobs fell sharply in November, dropping to 6.8 million, a decline of 7.6% from the October level.

The Labor Department reported Friday that the job-openings number for November was down by 561,000 from the October level of 7.36 million.

Some economists took the big decline as a sign that the labor market may be slowing after strong job growth over the past few years has pushed the unemployment rate down to the lowest level in a half-century.

“The labor market may be starting to lose its shine as companies have scaled back their hiring in the face of continued economic uncertainty in this longest economic expansion in history,” said Chris Rupkey, chief financial economist at MUFG in New York.

The report on job openings was for November. The government’s more current unemployment report for December, released last week, showed that employers created 145,000 jobs last month. That was a decline from a robust increase of 256,000 jobs in November.

For December, the unemployment rate in December held steady at a five-decade low of 3.5%, where it has been for three of the past four months. That is the lowest level since 1969.

The report Friday on job openings, job hires and job separations for November showed that hires totaled 5.8 million in November, The number of separations from jobs, which includes people leaving to get better jobs, totaled 5.65 million, basically unchanged from October.